Programmatic advertising has helped digital marketers and advertisers with automation and scale. But it can also cause headaches for publishers and ruin user experiences.

Ad Lightning wants to help, and investors are taking notice. The Seattle startup just reeled in another $1 million to help fuel growth of its software platform that monitors bad ads which slow down sites and disrupt engagement.

The company, which spun out of Seattle-based startup incubator Pioneer Square Labs, raised the new funding from mostly existing investors. This past November, Ad Lightning reeled in a $2 million seed round led by Sinclair Digital Ventures, an investment division of Sinclair Broadcast Group.

Ad Lightning CEO Scott Moore told GeekWire that new Seattle-based venture firm Flying Fish increased its investment and is now a major shareholder in the company, which is expected to announce additional funding in the coming weeks. 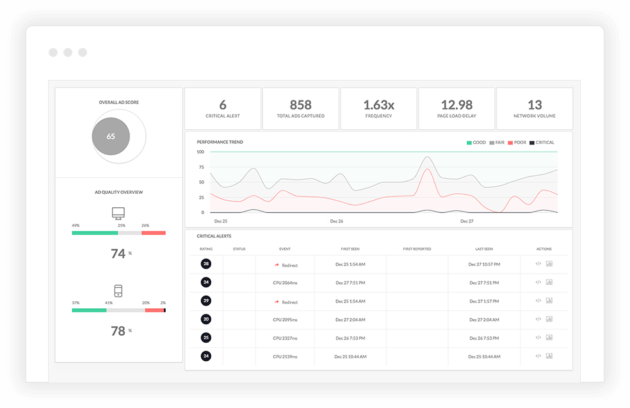 The cash infusion will help Ad Lightning increase its marketing and sales staff, Moore said. He noted that revenue has “increased substantially” over the past quarter.

“Our trajectory is really strong and we have great momentum on the product side,” said Moore, who previously worked as an executive at Microsoft, Yahoo and Cheezburger.

The 11-person company has been able to differentiate itself in a $80 billion industry with its real-time ad-monitoring system for both mobile and desktop websites. Its software integrates with existing online ad operation workflows, and gives users a way to shut down bad ads once they are notified of issues.

“We give publishers actionable data on their overall ad quality, and the quality of ads they are getting from various supply chain partners,” Moore said.

Ad Lightning is not only serving publishers, but also advertising exchange platforms — middlemen in the digital ad industry — that are using the software to clean up their own ads before they allow them to go live on an exchange.

The company published an ad quality report earlier this year which found that 28 percent of ads have quality issues. When an ad is oversized or using too much CPU, it can significantly slow the load time of a webpage, causing people to visit a site less often.