After selling a startup and traveling around the world with his family, Aaron Bird set out to build the next great Seattle tech company. He had a lot of promising enterprise software-related ideas, given his previous experience at business marketing startup Bizible. But it was hard picking just one.

And thus the creation of Seattle-based Pienza, the latest entry in a growing cadre of startup studios that aim to make the company-building process more efficient.

Bird, who sold Bizible to Marketo in April 2018, is founding partner of Pienza, which just raised $5.1 million from MHS Capital, Version One Ventures, and Vulcan Capital, in addition to several angel investors. The studio plans to launch a small portfolio of B2B software companies.

“The high level goal is to build more than one unicorn over the next 10 years,” Bird told GeekWire.

Many startup studios have launched in recent years, including Pioneer Square Labs and Madrona Venture Labs in Seattle. They differ from accelerators, incubators, or standalone venture funds. The idea is to build multiple startups, getting involved at the ground floor and helping recruit a team to carry the company forward.

Pienza is unique among startup studios as it will focus on fewer bets. The average studio creates 3.8 companies per year and employs almost 12 people full-time, according to a recent survey of 23 top studios around the world.

Pioneer Square Labs, for example, has already spun out more than 25 companies in five years and has more than 20 employees. PSL raised a $12.5 million round when it launched in 2015. 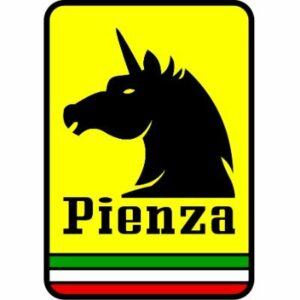 Bird said almost all of the $5.1 million investment round will go into the companies themselves, not for operations expenses to run the studio. He also won’t take a salary.

One critique of startup studios is that they take too much equity from company founders. Bird didn’t provide a specific breakdown of equity-sharing. But he said Pienza aims to be more “founder and portfolio company-friendly” than other studios by getting founders and employees involved in startups from the very beginning, versus having a studio do the early work and later passing it off. Pienza will share equity with founders in the spinout companies and agree to a vesting schedule, Bird said.

Pienza is working on its first company but isn’t ready to share details. Bird plans to be executive chairman of the company, and said he could take on early CEO duties at Pienza startups before passing the baton to a new leader. But he plans to stay involved with each company for several years.

Other members of the Pienza team include Vivek Venugopalan, CTO-in-residence who previously co-founded Fantain and was an exec at Wipro Limited, and Mark Sugarman, founding partner at MHS Capital who sits on the Pienza board.

“I have spent the last nine years working with Aaron from our seed investment in Bizible and we are very excited about the opportunity to partner again and help build and fund the next generation of enterprise software companies with Pienza,” Sugarman said in a statement.

Starting Over: Inside a serial startup founder’s quest to build the next great Seattle tech company

“Not only will existing enterprise software categories be rewritten because of AI, but there will also be new enterprise categories as well,” he said.

The Pienza name comes from a town in Italy that was rebuilt by the Pope in the 15th century using innovative urban planning concepts. Bird thought of the name while drinking a Brunello in Pienza on his sabbatical last year.

Pienza companies will likely be based in Seattle but with the pandemic-driven shift to remote work, they could be anywhere, Bird said. Pienza already plans to hire engineers for its companies out of Chennai, India.

The Seattle region is rich in enterprise software tech talent. Startups that sell to other businesses make up more than half of the GeekWire 200 list, our ranking of top privately-held Pacific Northwest technology companies, and 70% of the top 20.

A recent report from OpenView Venture Partners predicts that enterprise cloud software firms are largely “recession-proof” in part due to the increased reliance on cloud services amid the pandemic.

“We believe that there is still a tremendous amount of potential left in modern enterprise software and are excited to back Aaron with Pienza,” said Boris Wertz, founding partner of Version One Ventures. “Aaron combines deep product instincts and strong sales & marketing acumen in a way very few founders do.”