Calvin Hsieh didn’t exactly follow the traditional career trajectory of a computer science and engineering grad. Instead of moving on to Microsoft, Amazon, or a startup when he graduated from the University of Washington, Hsieh took a job at a food truck.

He was determined to continue building apps for CakeCodes (which started as a computer science project) and the food truck gig allowed him to cover his expenses.

Hsieh shared his ambitions with Simon Yu, another UW grad and the owner of the food truck. Yu was excited about the project and soon the two weren’t just serving up Korean-Mexican fare. They began building BitMaker, an app that allows users to earn bitcoins by testing games and apps.

“It allows businesses to acquire new customers in a cost-efficient way,” said Yu, who now serves as CEO of CakeCodes.

We caught up with Yu for this Startup Spotlight, a regular GeekWire feature.

Explain what you do so our parents can understand it: “BitMaker is a mobile app granting free Bitcoins to users for trying new games and apps, this drives cost-effective new traffic to app publishers.”

Inspiration hit us when: “We realized how expensive it was to advertise our app on Google and how low the conversion rate was. As a result, we came up with a way to have users get free money by playing games and trying new apps. App publishers only pay after a user has tried out their app and completed an objective in the game, which results in much higher conversion rates than the traditional advertising method.”

VC, Angel or Bootstrap: “Bootstrap and customer revenue. We’ve been generating revenue from day one because our core business model works with working with advertisers. Bootstrapping has been great for us as we were able to freely pivot our ideas and business model until we found a correct solution.”

Our ‘secret sauce’ is: “Gamification. At the end of the day, we help app publishers advertise their product to the users. However, advertising is extremely annoying. Everyone on our team hates ads. They’re everywhere. But the question we ask ourselves every day is, ‘How can we make ads not suck? What if it’s actually fun to engage with ads?’ I think it also helps us a lot that our team is primarily made up of millennials and we understand how short the attention span of an everyday user is. We continue to gamify our app every day so it just becomes a real-life quest, users can use to play games and receive real rewards — kind of how people would play World of Warcraft but receive real money for completing a quest with us.” 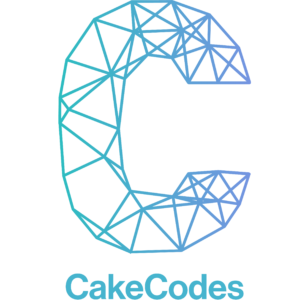 The smartest move we’ve made so far: “Participating in 9Mile Labs. It’s just a great program. The three founders Sanjay, Kevin, and Sandy are always there to help when we need them. They are extremely willing to help us whether it’s getting intros to businesses who want to work with us, investors, or finding someone who might help us on a specific issue we have. We wouldn’t have been able to progress as fast as we had without their help.”

Would you rather have Gates, Zuckerberg or Bezos in your corner: “Zuckerberg. He really understands his users, this is why Facebook has over a billion users. He gives what people want and that’s why he has built this amazing product. He inspires us because he teaches us how to build a product based on what the user wants.”

Our favorite team-building activity is: “Ping Pong. It’s such a fun sport and a great way for us to take a break from our laptops and get our blood pumping.”

The biggest thing we look for when hiring is: “Someone who likes to learn and grow. Technology is always advancing and there’s always new ways to optimize technology more efficiently. We love someone who is willing to think of new ways constantly to make things better. It’s an awesome skillset we all have on our team and look for when we add a teammate.”

What’s the one piece of advice you’d give to other entrepreneurs just starting out: “Have a great team. Your original idea is most likely going to pivot many times before you find the right product. A strong team will allow you to steer you out to a great product regardless of how many things go wrong in the company.

Editor’s note: GeekWire is featuring each of the startups in 9Mile Labs’ fall cohort. The companies will debut their final products at the Milestone9 Graduation Day event Oct.13.