Update: One day after this story published, Washington State University and Phytelligence issued their own public statements.

One of the world’s most highly-anticipated apple varieties is at the core of an unusual legal dispute between Washington State University and one of its own spinoff companies.

Seattle-based startup Phytelligence claims in a lawsuit that WSU has wrongly blocked the company from commercializing “Cosmic Crisp,” a new popular apple variety invented at the university two decades ago. In its own lawsuit, WSU alleges that Phytelligence improperly sold 135,000 Cosmic Crisp trees to a grower, which the company denies.

The juicy new apple, a cross between Honeycrisp and Enterprise, is known for its taste and long shelf life. The New York Times said it’s considered “the most promising and important apple of the future.” Washington farmers ordered 12 million Cosmic Crisp trees, with the first grocery store deliveries planned for 2019 — the biggest apple launch in history, according to The Guardian.

The potentially lucrative market for Cosmic Crisp apples significantly raises the stakes in the dispute between WSU and Phytelligence. The dueling lawsuits, discovered by GeekWire in county and federal court records, provide a rare glimpse into a behind-the-scenes conflict between a public research institution and a private company that emerged from the university.

Phytelligence was spun out of WSU in 2012 based on technology developed by WSU professor Amit Dhingra for growing trees and other crops more efficiently. Dhingra is the chief science officer at the company, which has more than 100 employees and has raised more than $12 million. Phytelligence was named to GeekWire’s Seattle 10 annual list of the region’s most promising startups last year.

The current dispute dates back to November 2012, when WSU signed an agreement with Phytelligence to grow Cosmic Crisp trees, also known as “WA 38” trees, on behalf of the university. The lawsuits hinge on conflicting interpretations of the language in that contract, and the rights granted (or not granted) by that agreement to allow Phytelligence to commercialize Cosmic Crisp trees.

Phytelligence filed its lawsuit against WSU in King County Superior Court in Seattle on Feb. 26, saying that the contract with WSU granted the company “the option to propagate WA 38 for commercial sale, as a provider and/or seller in WSU licensing programs.”

In the suit, Phytelligence said it tried to establish a non-exclusive commercial license to sell Cosmic Crisp trees but met “substantial resistance” by WSU leaders. The company also said it tried to go through Proprietary Variety Management and the Northwest Nursery Improvement Institute (NNII), two of WSU’s commercial distribution partners for WA 38 trees, but could not obtain a license. The company is seeking a court ruling that finds WSU in violation of the propagation agreement. 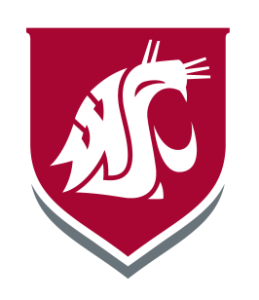 WSU filed its own lawsuit on March 8 in the U.S. District Court for the Western District of Washington in Seattle. WSU cites a clause in the agreement that permits Phytelligence to grow “Cosmic Crisp” trees but prevents the company from transferring or selling the trees to a third party without a separate contract with the university. WSU claims that Phytelligence sold 135,000 “Cosmic Crisp” trees to Evans Fruit Company in April 2016 without obtaining the proper permission.

In its lawsuit, WSU said it offered Phytelligence three options to obtain a commercial license in September: a membership via NNII, a contract via an NNII member nursery, or a contract with a grower. “Phytelligence declined to pursue any of these three options and never applied to become a member of NNII,” WSU says in its suit.

On Jan. 16 of this year, WSU notified Phytelligence that it was terminating the propagation agreement based on the alleged violation and demanded that the company destroy its WA 38 trees. WSU is seeking compensation for patent infringement and attorneys fees.

WSU also filed a counterclaim on March 8 in King County Superior Court. WSU denies several allegations made by Phytelligence in the company’s lawsuit and alleges that the startup violated the Consumer Protection Act. It asked the court to prevent Phytelligence from using the “Cosmic Crisp” trademark and to return or destroy WA 38 plant material.

In an interview with GeekWire, Phil Weiler, WSU vice president of marketing and communications, said the university feels “obligated to not only defend our own intellectual property, but all the growers across country who are going to be growing these apples.” He said Phytelligence “always had the opportunity to obtain a commercialization license.”

“We have tried very hard to make sure that they understood what their options were, and that they exercised an option that would make sure they were back in compliance with the agreement and to date they’ve chosen not to do that,” Weiler added.

In an email to GeekWire on Tuesday, Phytelligence CEO Ken Hunt denied WSU’s allegation that the company sold 135,000 “Cosmic Crisp” trees to Evans Fruit Company in April 2016. He said the company maintains that the agreement made in 2012 “expressly provided us the right to secure an executed commercial license from [Washington State University Research Foundation].”

Here is Hunt’s statement on the issue.

We recognize and value WSU’s broad and continuing support of Phytelligence; our concerns in this matter stem from the actions of a few individuals within the University. As such, concurrent to this legal filing, we are continuing to work directly with WSU to identify a mutually beneficial resolution.

In 2012, Phytelligence was granted an option for a license from WSU or its agent to commercially propagate Cosmic Crisp. We have exercised that option; however, WSU and its agents have not yet provided the license to Phytelligence. Our efforts have been met with repeated delays and misinformation, ultimately preventing us from propagating Cosmic Crisp to date. During this time, Washington state growers have been increasingly frustrated with unnecessarily restricted access to Cosmic Crisp.

Given our long-standing relationship with WSU and our shared interests, we are optimistic this issue can be resolved to everyone’s benefit.

Hunt said WSU still has an ownership stake in Phytelligence. The company has delivered more than 1 million plants to growers and nurseries around the country. It has its own 8-acre greenhouse in Burien, Wash., a tissue culture lab in Portland, and an office in Pullman, Wash.

Phytelligence uses a proprietary tissue culture process called MultiPHY that helps grow fruit trees in more efficient and sustainable ways. The four-step process grows trees in a custom gel blend rather than traditional soil — a method that provides all necessary nutrients without the need for water, which saves time and money for growers. The controlled environment also allows the plants to grow more quickly.

The company was originally led by former CEO and co-founder Chris Leyerle until 2014. Hunt took over in 2015. Last month the company hired former Clarisonic and Phillips marketing leader Bill McClain to serve as the company’s executive vice president of marketing.

The history of “Cosmic Crisp” dates back to 1997, when WSU researcher Bruce Barritt first helped discover the apple variety, named after the yellow starbursts on its red body, and the Honeycrisp. There are 5 million Cosmic Crisp trees scheduled for delivery this year.

WSU held a random drawing for initial growers in 2017. Starting this year, any Washington grower is allowed to propagate his or her own Cosmic Crisp trees, but only under specific conditions and licensing, which includes royalty payments to WSU. The WA 38 variety is only available to Washington growers for the next nine years because the state’s farmers helped fund a breeding program. Trees can be purchased through participating NNII member nurseries.

The state of Washington is responsible for 70 percent of the country’s apple production. The U.S. apple industry has a wholesale value of nearly $4 billion.

Washington State University vs. Phytelligence by GeekWire on Scribd

Phytelligence vs. Washington State University by GeekWire on Scribd

Phytelligence vs. WSU counterclaim by GeekWire on Scribd