It’s been a heck of a startup journey for Remitly.

The latest chapter begins Thursday when the mobile remittance company starts trading on the NASDAQ, marking a key milestone for a 10-year-old firm that has navigated through various twists and turns on its path to an IPO.

Remitly priced shares at $43 on Wednesday evening, above its expected range of $38-to-$42, valuing the company at nearly $7 billion. It will raise more than $300 million in net proceeds as part of the IPO, one of the largest ever for a Seattle-area tech company.

“This is an important step,” said Remitly CEO Matt Oppenheimer, speaking to GeekWire on Thursday from New York City. “But it’s a step along a much longer journey around transforming lives of immigrants and their families by providing them the most trusted financial services on the planet.”

Update: Shares opened at $53 on Thursday morning, more than 20% above the IPO price. They ended Thursday trading at $48.45/share.

Thanks, @remitly for joining us for the @Nasdaq Opening Bell! ????????$RELY is transforming the lives of immigrants through financial peace of mind. pic.twitter.com/pGfCir9TGG

Remitly’s mobile technology lets people send and receive money across borders, including immigrants in the U.S. and U.K. who support families back home in countries such as the Philippines, India, El Salvador, and others. The service eliminates forms, codes, and agents typically associated with the international money transfer process.

The Remitly story began a decade ago after Oppenheimer had just returned from Kenya, where he was working for Barclays and realized how hard it was for families to send and receive money overseas.

The initial idea for Remitly was not actually a remittance service itself, but a search engine to find remittance services. The company, part of a Techstars Seattle class in 2011 that produced three unicorns, quickly pivoted after market research showed that there wasn’t a viable business model.

Remitly — originally known as Beamit Mobile — then set its sights on building a tech-fueled remittance solution, taking on incumbents such as Western Union and MoneyGram. 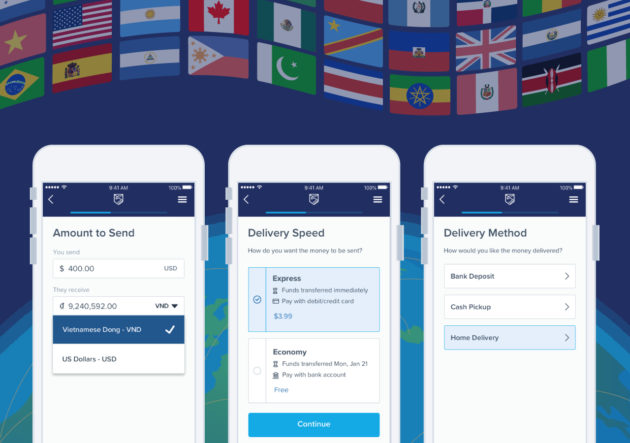 It was an ambitious vision, particularly given the rules and regulations governing cross-border money movement. Before the company could handle a single customer transaction, it had to pass through stringent legal hurdles.

Chris DeVore, the lead investor for Remitly’s seed round, recalled having fingerprints taken and completing personal financial disclosure for regulators in each U.S. state. “Building a regulated financial services company like Remitly isn’t for the faint of heart,” he said.

Some investors balked. “It felt like too big a hill to climb,” Maveron’s Jason Stoffer said on the GeekWire Podcast last week. “And they proved me wrong.”

Oppenheimer, along with co-founders Josh Hug and Shivaas Gulati, helped grow Remitly into a fintech giant that has served more than 5 million customers to date and employs 1,600 people across the globe.

Asked about the key to Remitly’s success, Oppenheimer recalled a piece of advice he received at Techstars: “Fall in love with a problem that you want to solve, not the solution.”

“Entrepreneurs that focus on a core problem that they see is their purpose to solve, but then have a ton of flexibility and growth mindset around the solution, is the one thing that I always come back to,” Oppenheimer said, “especially in the very early days when you’re working around product market fit and all the things that come with solving a big complex problem.”

Speaking in 2019 about Remitly’s journey, Oppenheimer also advised entrepreneurs to establish culture and values early. He said co-founders and top execs must appreciate the different skillsets each brings to the table. And they should “have each others backs,” he said.

That value showed when Oppenheimer went to India and camped outside an immigration office in New Delhi so that Gulati could come back to the U.S.

“There will be challenges,” Oppenheimer said in 2019. “If everyone knows that you have each other’s back, that’s really important.”

Stoffer analyzed Remitly’s IPO filings and expects the company to reach $600 million in revenue next year.

The company’s long-term growth strategy includes gaining share in existing markets and expanding in new ones; launching new financial services such as its mobile app Passbook; and pursuing strategic partnerships and acquisitions.

Remitly competes against a number of other cross-border money transfer companies, including Wise (formerly TransferWise), which was valued at $11 billion after going public via direct listing in July, and Zepz (previously WorldRemit), which raised $292 million in a Series E funding round last week.

Investor interest in these companies reflects the growth opportunity for digital remittances. Remitly said the market for global money transfers was estimated at $1.5 trillion in 2020. It said its business and the digital financial services industry as a whole has accelerated as a result of the pandemic.

Oppenheimer said many of Remitly’s customers and their families have been impacted by the global health crisis disproportionately from an economic standpoint. He said watching their resilience has been inspiring.

“It’s great that our business continues to do well, but that is really purely only because of the fact that our customers are some of the most resilient, inspiring, amazing heroes and individuals that we get to serve,” Oppenheimer said, adding that a few longtime customers are with Remitly in New York City as part of the IPO celebration this week.

Back home in Seattle, Remitly’s IPO is seen as a “huge win for our region’s entrepreneurs, tech workers and investors,”  said Yi-Jian Ngo, managing director at Alliance of Angels.

“We’re hopeful that the forward momentum will attract more tech talent to our region, mint more angel investors, and motivate all constituents to give back and elevate their support to our local community,” Ngo said.

Oppenheimer said Remitly’s journey shows that large, complex businesses can be tackled by companies in Seattle.

“Very meaningful businesses can be built that have not only an impact on the region, but an impact around the globe,” he said.

Remitly had previously raised around $400 million in private funding. The company landed an undisclosed investment from Visa in May.

Related: The most successful accelerator cohort ever: How this Techstars Seattle class produced 3 unicorns

There are 11 other Washington state companies that have gone public this year, both via traditional IPO and a SPAC deal. Sana Biotechnology had the largest to date in 2021, raising $587.5 million.

Remitly is among a flurry of companies going public in September. This year is setting a new record for IPO proceeds, eclipsing the previous mark by about 30%, according to Renaissance Capital.

“The unicorn dam finally burst. And yet, the vast majority of unicorns have yet to go public,” noted Renaissance Capital CEO William Smith in a recent analysis.

Around half of this year’s IPOs are trading below their offering price, CNBC reported. Toast and FreshWorks both saw shares jump this week in their public debuts despite some macroeconomic concerns including the situation with China’s Evergrande.

The Renaissance Capital IPO Index is up about 6% year-to-date.