Amperity is an early-stage company, founded less than two years ago and launching just last month — which makes its latest announcement all the more interesting.

The Seattle startup today announced a $28 million funding round led by Tiger Global Management, a New York-based firm known globally for making long-term investments in companies like Spotify, Facebook, LinkedIn, Flipkart, and other tech giants. Previous investor Madrona Venture Group also participated in the round, which pushes total funding in the marketing data startup to $37 million.

The backing from Tiger Global is a vote of confidence in Amperity’s long-term potential. The firm uses a “ten-year-investment horizon” when targeting possible companies to invest in, and Amperity fit the bill despite its nascent stage.

Tiger Global also led a $50 million round in Seattle-based real estate company Redfin, which went public in July, and is an investor in Bellevue, Wash.-based OfferUp, a Craigslist competitor valued at $1 billion after raising $119 million last year.

Its recent investments this year include leading a $230 million round in Chinese fresh produce delivery startup MissFresh; it also led a $17.5 million round for sneaker-maker Allbirds and participated in Quora’s $85 million round this past April. The firm is known for its large stakes in global e-commerce giants like Amazon, JD.com, and Alibaba. Tiger Global was not available for comment for this story; the firm does not have a website.

Amperity, meanwhile, just came out of stealth mode last month, revealing its platform that helps marketers at some of the world’s largest companies better understand their individual customers by connecting disparate data sources from across the internet.

Amperity CEO and co-founder Kabir Shahani told GeekWire that Tiger Global understands the problems Amperity is trying to solve for customers, given its investments in other consumer brands.

Shahani said the cash infusion came “a little bit faster than we thought and a little bit sooner than we were intending, but it’s the right time to grow our business.”

“There’s no reason to wait when we know the market is there, the product works, and more and more customers want to be able to get their hands on this,” he added.

The money will go toward developing intellectual property; building out more features and capabilities; and hiring. Amperity employs 40 people and expects to more than double its headcount in the next year. 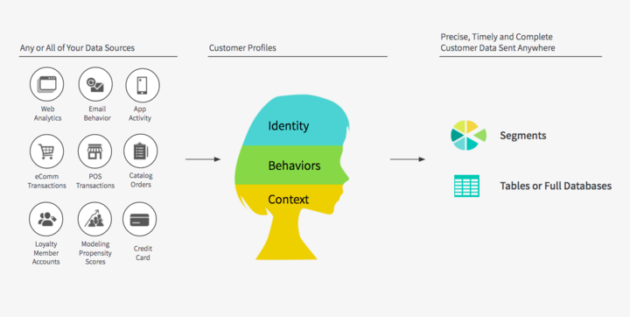 After launching last month and announcing a partnership with Microsoft, Shahani said Amperity is now getting “more than expected” inbound interest from companies ranging from various industries.

Amperity had early pilot customers test its technology earlier this year and saw “extraordinary results,” Shahani said last month, with revenue increasing and customer acquisition costs dropping. The startup continues to build out its technology that ingests trillions of data points from a single customer and crunches that information with machine learning to give marketers a holistic understanding of a given user.

Amperity does have a variety of competitors. Many companies use their own software to analyze internal marketing data; external consultancies offer something similar; and several early-stage startups — Amplero, Lytics, and Usermind are three from the Pacific Northwest — are attacking the same problem.

“Ultimately the proof will be in the value delivered by the product and I’m thrilled about what we’ve been able to deliver for our customers,” he said.