It’s official! Janhvi Kapoor starrer Good Luck Jerry is all set to arrive on Disney+ Hotstar on July 29, 2022. The actress took to social media on Friday to make the official announcement. Along with the release date, she also dropped two posters.

In one of the posters, Janhvi looks terrified holding a gun whilst covered in bruises. 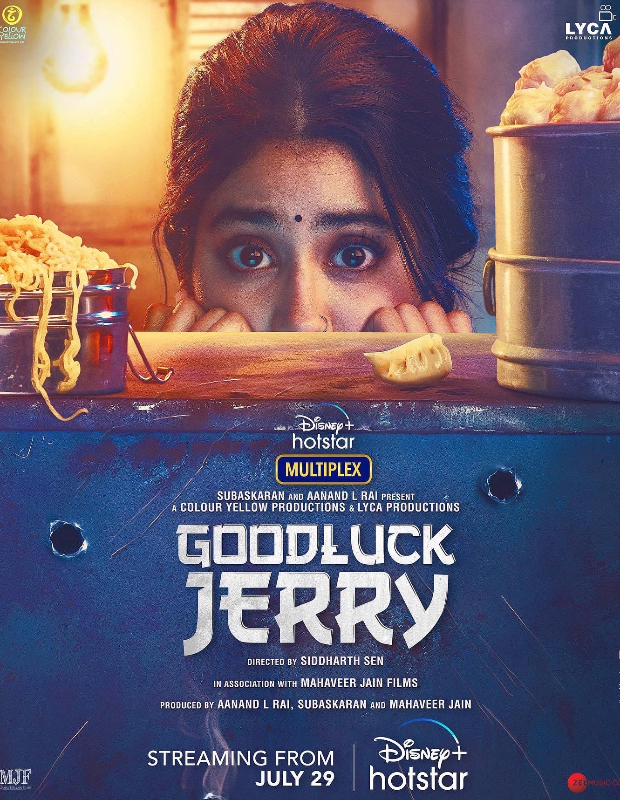 In another one, she is hiding behind a desk. “Nikal Padi hu main ek naye adventure par, GoodLuck nahi bolenge? #GoodLuckJerry streaming from 29th July on @disneyplushotstar,” she wrote on social media.

Helmed by Sidharth Sengupta and produced by Subaskaran Allirajah and Aanand L. Rai, the film stars Janhvi Kapoor in the lead role, alongside Deepak Dobriyal, Mita Vashisht, Neeraj Sood, and Sushant Singh in pivotal roles. Good Luck Jerry is the official Hindi remake of the 2018 Tamil film Kolamaavu Kokila starring Nayanthara. This film marks her second project to arrive on streaming platform following the release of Gunjan Saxena: The Kargil Girl on Netflix in 2020.

Apart from Good Luck Jerry, Janhvi will be also seen in the film Mili opposite Sunny Kaushal. It is produced by her father Boney Kapoor and is directed by Mathukutty Xavier. The film is a remake of the director’s own Malayalam film Helen. She will be also seen in Bawaal with Varun Dhawan.