The pandemic is taking a toll on everyone, but teens in particular are seeing increased anxiety and depression.

The Seattle startup just landed $3.5 million to grow its remote therapy service for teens and young adults. Route 66 Ventures led the round, which included participation from PSL Ventures, Vulcan Capital, and angels.

The Joon Care app connects customers to a licensed youth-focused therapist. Clients typically subscribe to 16-week treatment plans that cost $2,000 (billed in 4-week increments) and include sessions and access to the app. Clients under 18 years old also get a monthly parent check-in.

Joon Care does not contract directly with insurance, but therapists can provide an itemized statement for out-of-network reimbursement. It receives payment from clients and then pays therapists — most of which are contractors — for the care they deliver. In some cases Joon Care offers a sliding fee scale to make the service more affordable.

The year-old company spun out of PSL’s startup studio in April and was previously known as UpLift. It began serving customers in Washington six months ago and later expanded to California and Oregon. 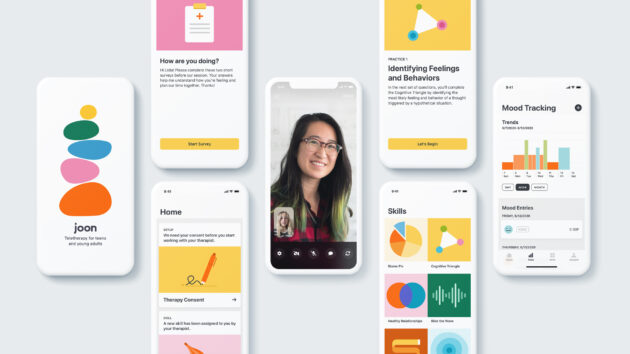 Joon Care is led by co-founders Josh Herst and Amy Mezulis. Herst, the CEO, previously led Walk Score, a Seattle startup acquired by Redfin in 2014, and was a venture partner at Madrona in the early 2000s.

Mezulis, the company’s chief psychologist, is professor and chair of clinical psychology at Seattle Pacific University.

There are a flurry of mental health startups aiming to help the millions of people aged 13-24 that suffer from anxiety, depression, or other disorders. Suicide was the second-leading cause of death among teens and young adults in 2018, according to the CDC.

Now that problem is exacerbated by the pandemic, which has forced social isolation and other issues.

Herst said more than 70% of teens and young adults are now reporting clinically significant levels of anxiety, depression and loneliness as a result of COVID-19.

“Demand for mental health treatment has never been greater,” he said.

Funding to mental health startups was up to $1.08 billion over 106 rounds in the first half of 2020, up from $750 million and 87 rounds in 2019, TechCrunch reported. Mental health startup Lyra Health raised $110 million at a $1.1 billion valuation in August to help expand its teletherapy service. Headspace, Ginger, and Mindstrong also raised cash this year. Calm is looking to raise $150 million at a $2.2 billion valuation.

There are other teletherapy startups such as DotCom Therapy, Tytocare, BetterHelp, and more.

“What distinguishes Joon from these companies is our complete focus on and commitment to serving teens and young adults and our evidence-based, skills-focused and personalized approach that integrates the benefits of one-on-one therapy sessions with a mobile app based experience,” Herst said.

Herst said Joon Care’s user base has been “growing rapidly” but declined to share specific metrics. Mezulis said clients, on average, are reporting less anxiety and depression after using Joon Care. The company employs about 10 people, and has eight therapists who are contractors.