How a huge fire and a competitor nearly took down Modumetal

Modumetal CEO Christina Lomasney took to the stage last month to reflect on her time as an up-and-coming entrepreneur, and tell a roomful of University of Washington Business Plan Competition finalists what it takes to build a company.

Lomasney, a UW graduate herself, co-founded Modumetal a decade ago. Now her company’s corrosion-resistant nanolaminated alloys are used in metal products ranging from oil and gas pipelines to the guardrails that line Interstate 90.

“Entrepreneurship isn’t a tiny statement about all the things that we want to accomplish and a vision that we’re pursuing, or the goals that we hope to achieve,” she said during her keynote speech at Seattle’s Museum of History and Industry. “It is about all of the things that it takes to actually get there.” 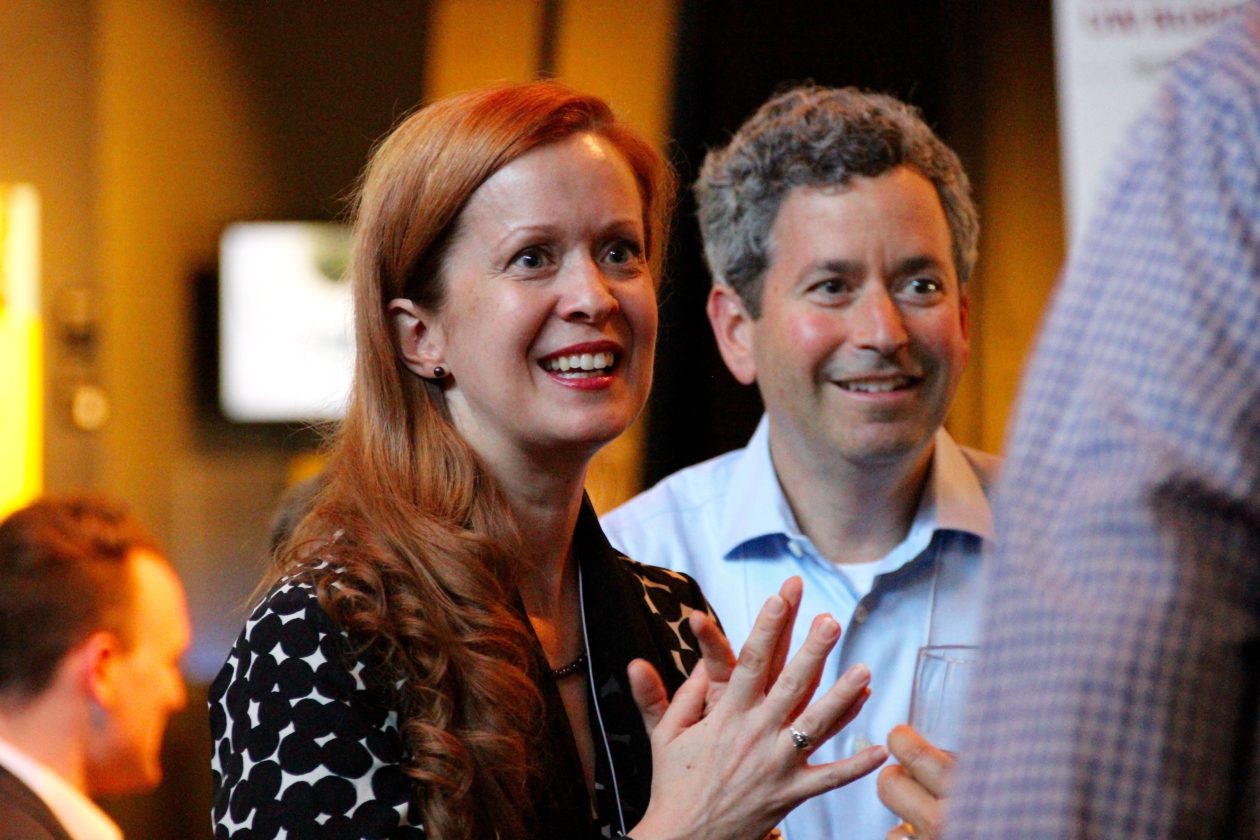 She told the student teams about Modumetal’s setbacks along the way. First, the company discovered that automotive supplier Delphi had invented a similar product first. It wasn’t until Delphi filed for bankruptcy that Modumetal could buy the technology from them.

Then in 2013, Lomasney received a call and arrived at Modumetal’s Lake Union warehouse to find 16 fire trucks on the street, battling a hazardous blaze. Lomasney said the fire ended the company’s manufacturing venture on Lake Union then and there. Many thought the company couldn’t recover.

“It was a day in my life I will never forget,” she said.

She said Modumetal could have stopped when the challenge looked insurmountable, or could have settled for a less ambitious goal. But she reminded the young entrepreneurs that it’s not the setbacks that define a company: It’s the vision to keep going, and how that vision is executed.

She compared Modumetal’s vision to an Ironman triathlon she competed in. During the bike leg of the race, she experienced terrible back pain. Lomasney said the only outcome she was willing to accept was either crossing the finish line, or falling off the bike because her body wouldn’t let her continue.

That’s how dedicated Modumetal is to its vision, Lomasney said. 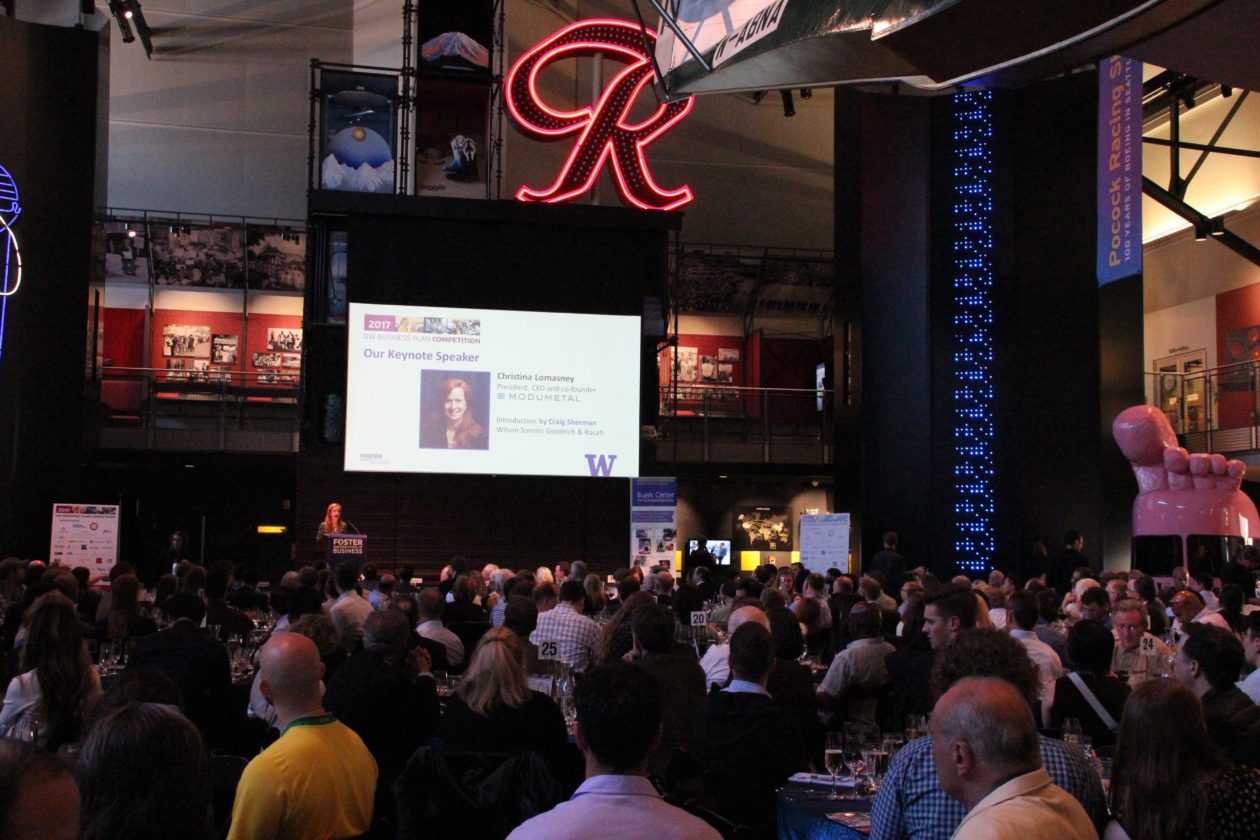 Lomasney emphasized that it takes more than vision to make a company great. Execution is also key.

She recalled Lewis and Clark’s 19th-century expedition to find an overland route from St. Louis to the Pacific Ocean. The pioneers didn’t merely achieve their primary goal: They also collected samples of new species, made detailed maps and forged alliances along the way.

“It wasn’t enough just to have the vision, but to execute it correctly and excellently every day is what marks their impact,” she said.

The $10,000 second-place prize went to Discovery Health for a medical risk management program that focuses on the maritime industry.

LC-Tourniquet won the $7,500 third-place prize for a limb-chilling device that acts as a high-tech tourniquet in the event of an emergency.

The UW Business Plan Competition awarded cash prizes and recognition to several other businesses in categories including retail, health care and sustainable technologies.

The ceremony also served as a tribute to Connie Bourassa-Shaw, the director of UW’s Buerk Center for Entrepreneurship, who spent nearly two decades helping the university grow its student entrepreneurial programs and is stepping down this month.