Niche raises $6.6M, aims to be one of Pittsburgh’s ‘game-changing’ startups with school and neighborhood reviews – GeekWire

PITTSBURGH — To get Pittsburgh’s tech ecosystem on another level, the city’s startup scene could use more homegrown companies that scale to big growth and employ hundreds of people.

Niche hopes to be one of them.

The Pittsburgh-based startup, a ranking and review site for K-12 schools, colleges, and neighborhoods around the country, today announced a $6.6 million Series B funding round led by Allen & Company LLC and Grit Capital Partners.

Luke Skurman founded the original version of Niche, then called College Prowler, back in 2002 while he was a student at Carnegie Mellon University. In 2013, the company rebranded and expanded its platform to include data and reviews for K-12 schools and neighborhoods. 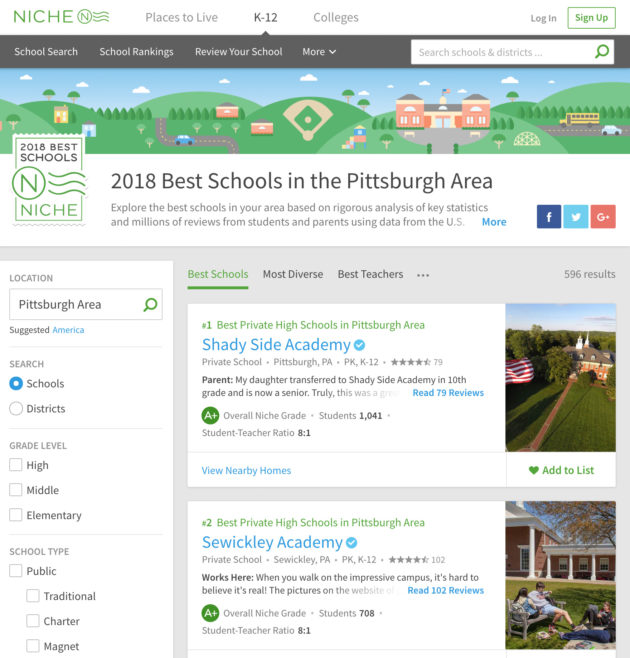 Niche has seen big growth since then. Its platform uses more than 120 million ratings and reviews from real people along with hoards of data that rank schools and neighborhoods, helping inform students and parents about important decisions. Traffic is up, too, with 8.8 million visits in January and 51 million uniques last year.

“We have every college, every K-12 school, and every place to live in the country on our platform today,” Skurman said, adding that half of college-bound students have a Niche account.

The company makes money by allowing schools to create premium profiles — better photos, embedded videos, no advertising, etc. — that Skurman said helps drive three-to-five times more traffic back to their own sites. He called it a “recruitment platform.”

“We’re getting a lot of demand from clients looking for help to be able to drive more awareness for their schools,” Skurman added.

Niche also has “contextual partnerships” — for example, it teams up with Realtor.com to surface homes for sale on appropriate pages.

There are other school review and real estate sites in the market, but Niche differentiates itself by bringing it all together in one place. Skurman said there’s value in connecting information about schools with neighborhoods — for example, the site can understand where students with certain SAT scores from a particular high school tend to go to college.

“The combination of hard data, user-generated data, and crowd-sourced data — when you put it together holistically, it’s a really good experience for a person who’s making these decisions,” Skurman said. 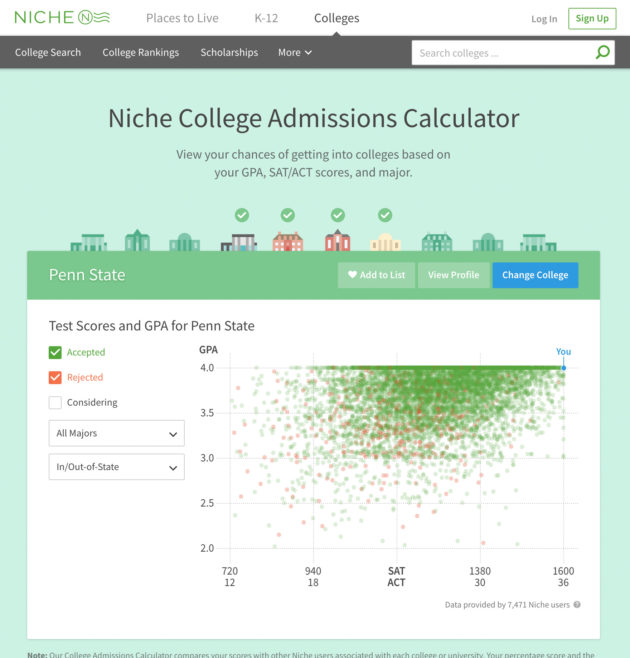 Niche also benefits from search engine optimization — “Google continues to recognize us as a best in class site,” Skurman said.

The startup employs 56 people and will use the fresh cash grow the team; Skurman expects to reach 80 employees by the end of the year. Total funding to date is $8 millon. Paul Palmieri, general partner at Grit Capital Partners, joined the company’s board of directors as a result of the new investment.

We want to be one of those game-changing companies.

“Niche’s approach and large user base really caught our attention, especially since the company achieved its growth on a small amount of capital,” Palmieri said in a statement. “Its combination of a community model with a strong data approach gives the company massive credibility, and being from Pittsburgh, and Carnegie Mellon University, the birthplace of data science, got us excited to invest in what we believe can become the next great consumer information brand.” 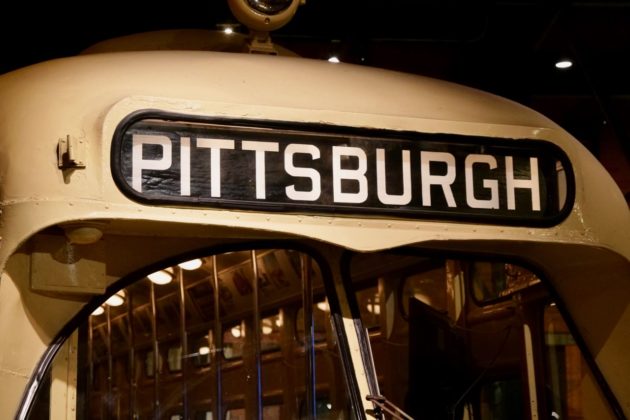 Skurman is well-known in the Pittsburgh tech community, having been a trustee at Carnegie Mellon University since 2008 and co-founder of Ascender, a local non-profit startup accelerator.

Niche’s cash infusion comes at a time when Pittsburgh’s tech scene is also growing, from tech giants like Google and Uber opening big offices to smaller startups sprouting up from the top universities.

Having lived in Pittsburgh for nearly two decades, Skurman is proud to have built a company in a city that has changed dramatically since he first arrived.

“Back in the day, you could count on one hand every startup in town that got funding,” he said. “Today it’s hard to keep up.”

The ecosystem could use more investment dollars and startups that scale, Skurman said, adding that “I think Pittsburgh just needs some more victories.”

“We want to be one of those game-changing companies,” he said. “That is absolutely what we’re trying to do.”