Remitly has grown steadily over the past few years, operating a mobile remittance platform in 10 countries and expanding its footprint around the world. But now the Seattle-based company is ready to “supercharge” its growth with a massive round of funding from a top technology investment firm. 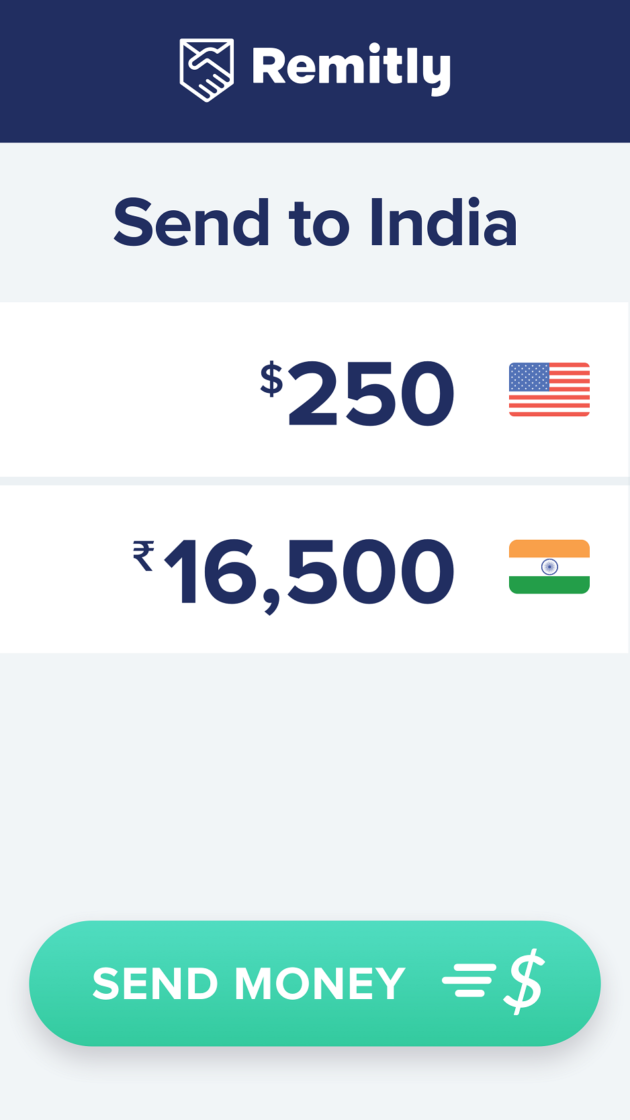 Remitly today announced that it has agreed to raise up to $115 million as part of a Series D round led by PayU, an international online payment service provider and the fintech arm of Naspers, a global investment company with equity stakes in tech giants like Tencent and Flipkart, among hundreds of others.

Early investors in Remitly also participated in the round, which is subject to regulatory approval given its size and the nature of the company. It will push total equity funding in Remitly to more than $150 million. The six-year-old company will use the fresh cash to expand internationally and add to its 400-person employee base across four offices worldwide.

Remitly describes itself as the largest independent mobile remittance company in the U.S.; it allows people to send money from three countries (U.S., U.K., and Canada) to 10 countries (Philippines, India, Mexico, Colombia, Ecuador, El Salvador, Guatemala, Honduras, Nicaragua, and Peru). Customers send nearly $4 billion each year with Remitly — that’s up from $1.5 billion last year — which also works with a global network of more than 40,000 bank and cash payout partners.

Remitly’s technology helps eliminate the need for forms, codes, agents, and other fees typically associated with the international money transfer process. The company allows free transfers if the sender can wait three days for the funds to arrive; it charges a $3.99 flat rate for same-day transfers and credit card transfers include an additional 3 percent fee.

Even with $4 billion now transacted on its platform — the average customer sends just a few hundred dollars each time — Remitly founder and CEO Matt Oppenheimer said there is still a huge opportunity to go after the $430 billion remitted yearly from developed countries to low and middle-income countries.

“We’ve got a really great product, customers love using it, and we’re growing really rapidly — and yet, we are still a fraction of the global market,” he noted. “There is a really clear path to continue to grow around the globe.”

Part of Remitly’s success is due to building out its own “full vertical stack of a next-generation remits platform that fundamentally delivers on promises to customers better,” said Oppenheimer, who co-founded the company in 2011 with Josh Hug. Controlling the entire money transfer process — from compliance to security — lets Remitly offer lower fees than many traditional competitors while allowing the company to build trust with consumers, an important trait of any financial processing service.

“Getting that full vertical stack creates so much more affordability, predictability, and convenience for customers,” Oppenheimer explained.

We believe in the enormous potential of technology to unlock financial services for these underserved populations and Remitly is ready to take the stage.

The company could be profitable, but is choosing to invest in growth, Oppenheimer said.

Given the cross-border nature of its business, Remitly has also found itself in the middle of the political discourse. Oppenheimer, who came up with the idea for Remitly while working for Barclay’s Bank in Kenya, has taken President Trump to task for some of his immigration policies, highlighting the important role that immigrants play in the U.S. economy.

“It’s something that has just been the right thing to do, in terms of speaking up on behalf of customers and telling their story,” he noted.

The $115 million investment round is the largest for a Seattle-area company this year, according to data from PitchBook, and largest in the Pacific Northwest since OfferUp’s $120 million round last year.

Remitly last raised money this past September when it announced a $38 million round. Earlier in 2016 it reeled in a separate $38.5 million Series C investment round. The company — a Techstars Seattle grad formerly known as Beamit Mobile — also raised a $12 million line of credit from Silicon Valley Bank in September 2015.

Laurent le Moal, CEO of PayU, will join Remitly’s board as a result of the new funding. PayU operates financial services in 16 markets across Asia, Europe, Latin America, the Middle East, and Africa. It supports more than 300,000 merchants and millions of consumers.

“Hundreds of millions of households and small merchants across the globe don’t have access to traditional banking services, stifling opportunity,” le Moal said in a statement. “We believe in the enormous potential of technology to unlock financial services for these underserved populations and Remitly is ready to take the stage.”