The long-time Seattle entrepreneur was just named president of language at Arlington, Va.-based Rosetta Stone, where he’ll head up the company’s language learning business in the newly-created position.

Hulett was most recently at Pioneer Square Labs, the Seattle-based startup studio that he joined just recently this past May as an entrepreneur-in-residence.

At Pioneer Square Labs, Hulett was focusing on ideas in the esports sector.

“It’s the first time in a long time that I felt like I was on the ground floor of something iconic,” Hulett told GeekWire in May. “Not since my Expedia and RealNetworks days.” 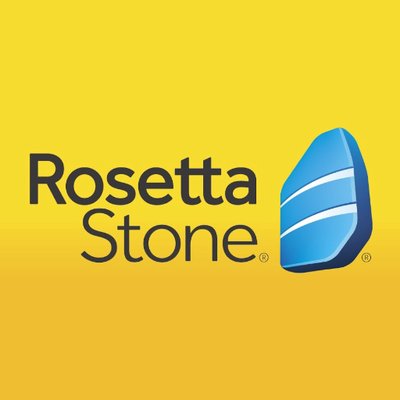 We’ve reached out to Hulett for more details about his new role at Rosetta Stone and will update this post when we hear back. He starts at Rosetta Stone on Aug. 21 and will report to CEO John Hass. (Update: See below for comments from Hulett)

“Over the last two years we have introduced highly-rated and award winning products and transformed the go-to-market strategy across our language segments,” Hass said in a press release. “Matt’s deep product and SaaS-based business leadership experience serving both consumer and enterprise customers is what we need going forward to drive innovation and growth.”

Hulett has an impressive resume. He was previously the chief product officer for Seattle startup TinyPulse; CEO at ClickBank; chief revenue officer of RealNetworks’ RealGames unit and president of the company’s GameHouse division; CEO at AdXpose; president of Expedia’s business travel group Egencia; and president of Atom Entertainment.

There are some interesting Seattle connections with Rosetta Stone, which acquired Seattle-based startup Livemocha in 2013 for $8.5 million. Livemocha, which had raised more than $19 million in venture capital, was founded by serial Seattle entrepreneur Shirish Nadkarni and from 2010 to 2013, the company was led by CEO Michael Schutzler, who now heads up the Washington Technology Industry Association. Schutzler is also a former executive at RealNetworks.

We caught up with Hulett on Tuesday evening. He called his move to Rosetta Stone “a rare opportunity to join a company that has a noble mission with a fantastic brand.”

“Language and literacy education can transform people’s lives and dyslexia is also a very personal issue for me,” he said. “In addition, I felt like I could help the business since I’ve got both consumer subscription and B2B SaaS experience. I am excited to work with the team — everyone that I have met at Rosetta Stone is extremely hard-working, smart, and passionate.”

Hulett will remain in Seattle and work out of Rosetta Stone’s Seattle office. He plans to keep in touch with his former colleagues at Pioneer Square Labs, who will continue to work on the esports idea.

“I’ll continue to advise them and stay close to the team,” Hulett said. “They are like family.”