Pioneer Square Labs has raised a new investment fund, money that will add a much-needed injection of fresh capital into the Seattle startup ecosystem.

A SEC filing from Friday reveals a $40.8 million fund for PSL, a Seattle-based “startup studio” that launched two years ago.

GeekWire first started hearing about the new fund earlier this year, but was unable to confirm details of it. Partners at PSL declined to comment on the fund this past summer, and as recently as Dec. 14 when we inquired about a new fund, which we had heard would be in the $100 million range.

We’ve reached out to the firm for more details about how the fund will be used and will update this story when we hear back.

UPDATE: PSL co-founder responded to GeekWire with this statement: “We are happy to report that we will be commencing operations of a new venture capital investment arm of Pioneer Square Labs.  As the offering is ongoing and private, we cannot comment on anything regarding the details of the fund for legal reasons.   Once the offering is finalized, we look forward to discussing this further with you.”

This is PSL’s first fund and is notable for multiple reasons.

For starters, it’s an interesting move from PSL, created in 2015 by Greg Gottesman, Geoff Entress, Mike Galgon, and Ben Gilbert, long-time Seattle-area entrepreneurs and investors. PSL uses a unique innovation model to rapidly test and validate new ideas before recruiting an executive team to build out a spinoff company; it has helped launch several startups in the past two years, including companies like AdLightning and Boundless.

Sources tell GeekWire that PSL may use the fund to back its own spinouts. 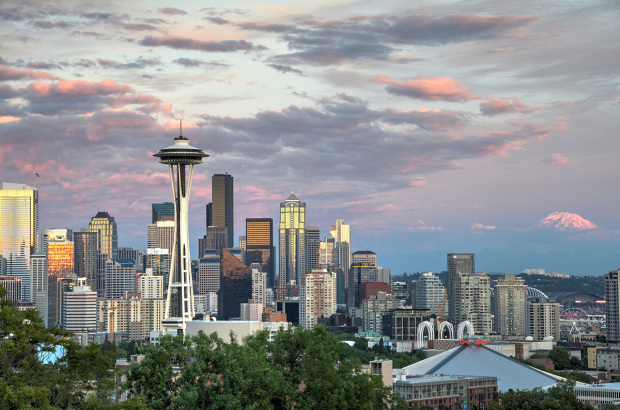 The fund also adds more investment dollars to the Seattle tech ecosystem, long been criticized for its lack of available startup capital. However, the region has seen more activity recently; Flying Fish launched earlier this year with plans to raise a $80 million fund, for example, while Curious Capital started raising for a new VC-focused fund in February. Other long-standing firms like Madrona Venture Group and Voyager Capital also continue to invest in local startups.

Data from the Pitchbook-NVCA 3Q Venture Monitor report notes 64 VC deals in the Seattle-Tacoma-Bellevue region during the third quarter — that ranks sixth across the U.S., well behind other areas like Boston, Los Angeles, New York, and San Francisco-Oakland-Fremont, which had 290 deals.

“While it is sufficient to fund a major share of promising early stage startups, a lack of big VC funds causes a noticeable gap of later-stage investments — a key reason why the Seattle ecosystem is not among the global elite in 2015,” a report published by the Compass Group noted in 2015.

The new capital could help elevate Seattle’s startup scene, which doesn’t have the investment clout compared to other regions noted above despite the growth of long-time giants like Microsoft and Amazon. GeekWire co-founder John Cook noted last year that there has been a recent lack of breakout successes in the local startup ecosystem along the lines of a Tableau, Zillow, Zulily, or similar company. Cook noted that “money isn’t sloshing around from home-grown sources, meaning early-stage entrepreneurs have fewer choices in their backyards,” with many entrepreneurs traveling to the Bay Area or elsewhere to find funding.

PSL, meanwhile, has spun out six startups since 2015:

PSL starts with an original idea and spends roughly four months working hard to quickly validate it, using the fresh investment round it raised for financial support. That means building prototypes, talking with customers, doing market analysis, etc. — a “fail fast” process that helps separate signal from noise. Then it recruits an appropriate executive team to build off the work that’s already been done and ultimately spin the new startup out of PSL into its own entity.

Sandler told GeekWire that “there is nothing I’ve seen that is as high-leverage or more entrepreneur-centric than what’s happening at PSL.”

“This organization is clearly on a roll,” she said in June. “It’s also early enough for me to really take on the role of an early team member and help develop how this model evolves to serve the entrepreneurs in our region in numerous ways.”

PSL has also added other talent to its team in recent months.

In October it brought on Haiku Deck co-founder Kevin Leneway; this month it hired longtime technology executive and entrepreneur Jamie Miller as an entrepreneur in residence. PSL has around 30 employees, according to LinkedIn.