Silicon Valley tech giants like Facebook, Google, Uber, Salesforce and others have helped expand Seattle’s overall tech ecosystem with their big remote engineering offices in a region already home to Amazon and Microsoft. But this trend has also hurt the growth of the startup community, sucking up entrepreneurial talent and potential founders that can create new companies.

Now Seattle’s top venture capital firm wants to tap into that talent and cast a wider net for potential investments with a new accelerator.

Madrona Venture Labs, the internal “startup studio” at Madrona Venture Group, is launching a startup accelerator this summer. Launched in 2014, Labs takes ideas and turns them into companies by way of recruiting, product development, financial investment, and more.

The 3-month accelerator will mimic the studio, but with a focus on already-established teams. Accepted startups will use Madrona Venture Labs resources — expertise in company creation, design, engineering, etc.; access to Madrona’s advisor and investor network; and more. It will be housed in Madrona’s new 20,000 square-foot floor that opens later this summer underneath its existing downtown Seattle office.

“We already have this in place, but instead of [just] working with founders, we’ll also be working with startups to help them accelerate their business,” said Mike Fridgen, CEO of Madrona Venture Labs.

The first company in Madrona Venture Labs’ accelerator will come out of its Machine Learning Startup Creation Weekend this May. The winning team from the hackathon-style event will have the opportunity to take a $100,000 investment from Madrona Venture Labs and spend the next three months in its new accelerator.

Madrona Venture Labs held two similar events in the past and ended up investing in the winning companies.

“We have a track record of doing this,” Fridgen said. “This event is making it more formal.”

Fridgen said he’s been blown away by the talented people attending these events, particularly senior engineers, product leaders, and other employees from larger companies in the area that may be interested in joining a startup. There’s demand from these workers who want to get plugged into the Seattle startup scene, he said.

“The biggest motivation for the accelerator is the talent participating in our weekend startup creation events,” Fridgen said. “That signaled to us that we needed a path, not just in a weekend, to get those amazing talented potential founders to quit their day job and go do this for real.”

Added Fridgen: “We have significant presence from the five most valuable tech companies in the world here in our own backyard. This is a special opportunity for Seattle. These events and this accelerator are trying to bring those people into startups.”

Many of the accelerator details — equity stakes, funding provided, number of companies in a cohort; number of cohorts per year; etc. — are still being sorted out, Fridgen said. The accelerator will focus on companies working in machine learning and AI; blockchain and cryptocurrency infrastructure; and voice interfaces for the enterprise. It will also consider companies that fit within Madrona’s overall investment themes.

These are all creating more opportunities for this rich talent base we have in Seattle.

The accelerator is Madrona’s latest initiative that goes beyond its traditional investment model. In addition to Labs, which launched in 2014, it also runs a “Madrona Pioneers” program, consisting of a small group of angel investors in the region that essentially operate as a feeder system to Madrona.

This summer the firm will double its footprint with the new space, a combination of a co-working area, startup studio, event center, and more, housing Madrona portfolio companies as well as outside startups. Madrona Venture Labs will be the anchor tenant in the new space.

“There are a bunch of companies funded over the last three years at the seed and Series A stage that weren’t a fit for Labs, that were a fit for Madrona Venture Group,” he noted. “With the accelerator, I don’t see anything changing. It’s just creating new opportunities for teams that are early in their process, to help them get to the next level.”

There are other venture capital firms that also operate their own accelerators. New York-based Betaworks makes early-stage investments, builds its own products, and runs thematic accelerators. It is also opening a new physical space this spring called Betaworks Studios, a members-only club for New York’s tech community. 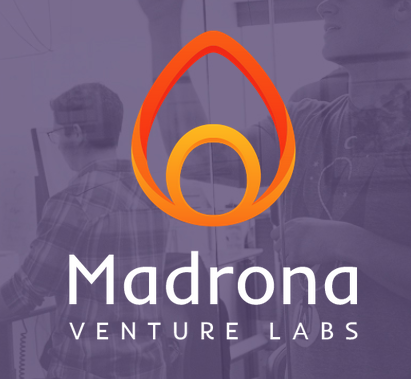 In Seattle, there’s also Techstars, which operates a similar 3-month accelerator that provides $120,000 in funding to each startup and access to the organization’s global network.

“We’re delighted to see more different flavors of support for high-performing founders here in the Pacific Northwest, from the many “studio” / incubator models that have popped up lately, to Madrona’s many efforts to support the ecosystem,” said Techstars Seattle Managing Director Chris DeVore. “Madrona is a long-time investor and supporter of Techstars Seattle, so we think of them as a partner, not a competitor.”

Fridgen agreed, noting that “this is incremental.”

“These are all creating more opportunities for this rich talent base we have in Seattle,” he added.

Founded in 1995, Madrona raised $300 million for its sixth fund two years ago. The firm’s investments have had an outsized impact on the Seattle startup market, starting with co-founder Tom Alberg’s early investment in Amazon.com, and extending to companies such as Redfin, Apptio, Impinj, Qumulo, Smartsheet, Amperity, and many others.

The new accelerator is the latest in the Seattle region. Others include Techstars Seattle; Alexa Accelerator; Fledge; Village88; and AcceleratorLSP.