For startups needing to hire employees, it can be tough to compete against the likes of Amazon, Microsoft, and other tech giants that offer lucrative salaries and benefits large companies have capacity to provide.

But whether it’s more autonomy or having a direct impact on a company’s success, there are various reasons for why people choose to work at a startup beyond the paycheck.

Three tech industry recruiting veterans from Seattle-area startups Avvo, PayScale, and Convoy spoke on a panel at Seattle Startup Week on Monday at Galvanize and spent a half-hour talking about tips and strategies for how they recruit potential candidates, and in particular hard-to-find engineers.

Here are three main takeaways from the discussion that startup leaders can apply to their own business.

Before she became head of recruiting for Seattle trucking logistics startup Convoy, Nicole Maddox spent more than a year at Amazon helping the corporation recruit for its Kindle team.

“Everyone knows Amazon,” she noted. “But when I first joined Convoy, no one knew who we were.”

Maddox said she’s learned that a key part of helping recruit top talent is “earning that first conversation.” She advised startups to go through their investor network and ask for introductions to possible employees; attending events, getting involved with the community, and simply scouring through LinkedIn are also ways to improve “outbound sourcing,” as Maddox described it.

“Once you have that first conversation, it’s not that challenging to get them engaged,” she said.

Adam Phillabaum, director of core engineering at Seattle-based salary compensation data platform PayScale, said that brand recognition is important for getting those initial conversations started. He pointed to PayScale’s high ranking on the GeekWire 200 as one example.

Kevin Goldsmith, chief technology officer at Avvo, added that employer branding is a “huge part of our recruiting strategy.”

“Generally we try to keep our profile pretty high in the local developer community in a bunch of different ways,” he said.

Talk about your company values 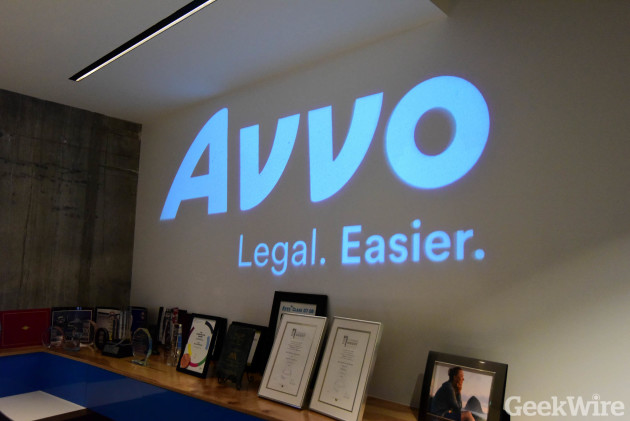 Once you find a way to start meeting potential employees, startups should focus on how the candidate will fit in with the company’s culture and how it operates.

Before joining Avvo, a Seattle-based legal advice marketplace, Goldsmith spent time at Microsoft, Adobe, and Spotify. He’s learned that even though someone may meet your standards for a given skillset, he prioritizes a “strong values fit.”

“You can be the most amazing technical person in the world, but I’m not going to hire you if I think you’ll pull us backward,” Goldsmith said.

Phillabaum offered a counter-argument to that point, noting that “you need to hire people who don’t fit.”

“Otherwise, you end up with a total monoculture, which is bad for a plethora of reasons,” he explained. “You want to look for people that are different but will take you in a better direction, as opposed to destabilizing your team.”

Maddox said that at Convoy, “we’ll hire for values above everything else.” She said the startup listened to Reid Hoffman, the LinkedIn co-founder and Convoy investor, who advised the company as it grew from a handful of folks to 175 employees today.

“He told us that as an early stage startup, you need to hire people who have a deep capacity for work and the ability to learn and adapt quickly,” Maddox explained. “If you can find those people, whatever the problem they are trying to solve for, they’ll be able to solve for it. Whereas if you hire the foremost expert [in something], they’ll be a one-trick pony. They may be an expert, but they need to adapt and pivot with the needs of the business, especially when you are still formulating the business model and figuring out what problems to solve for within the larger mission.”

You can be the most amazing technical person in the world, but I’m not going to hire you if I think you’ll pull us backward.

Part of what attracts a lot of folks to a startup is the impact they can have on the company’s success — at least more so than at a larger corporation. Shauna Swerland, who runs Seattle-based recruiting agency Fuel Talent, moderated the panel and noted that many engineers are driven by “getting to feel and touch and impact the product, and make a difference.”

Goldsmith said giving engineers autonomy is “huge.” He said Avvo not only gives employees free reign for their work, but “even around how we run the organization.”

“That’s one of the things we can do that a bigger company can’t, and we sell that very hard,” Goldsmith said.

Maddox noted that startups tend to attract “mission-driven people” who can quickly move their way up in a given company and learn new skills.

“Flexibility is one of the key selling points for early-stage startups,” she added. “It can also lead to interesting career paths along the way.”