Plenty of Pacific Northwest startups raised big funding rounds this year to fuel their growth in 2017 and beyond.

The largest round was a $115 million cash infusion for Remitly, which operates a mobile remittance platform in 10 countries. The Series D round was led by PayU, an international online payment service provider and the fintech arm of Naspers, a global investment company with equity stakes in tech giants like Tencent and Flipkart, among hundreds of others.

The $115 million round, approved by regulators in December, was the largest in the Pacific Northwest since OfferUp’s $120 million round last year. The funding will help Remitly expand internationally and add to its 400-person employee base across four offices worldwide. Read more here.

Here’s a rundown of the top 10 funding rounds by dollar amount for 2017, according to data provided by PitchBook. (Note: PitchBook has not confirmed Remitly’s entire $115 million round as complete, thus did not include them in its list)

Portland, Ore.-based Vacasa announced a $103.5 million Series B round in October led by new investor Riverwood Capital. Vacasa bills itself as the “largest U.S. vacation rental management company” and offers various services — marketing, rate optimization, reservations, guest services, housekeeping, maintenance, etc. — to help homeowners earn money off their property. It has more than 6,000 vacation homes listed on its site across 17 U.S. states, Europe, South and Central America, and South Africa. Revenue and total home count has nearly tripled in the past 18 months. 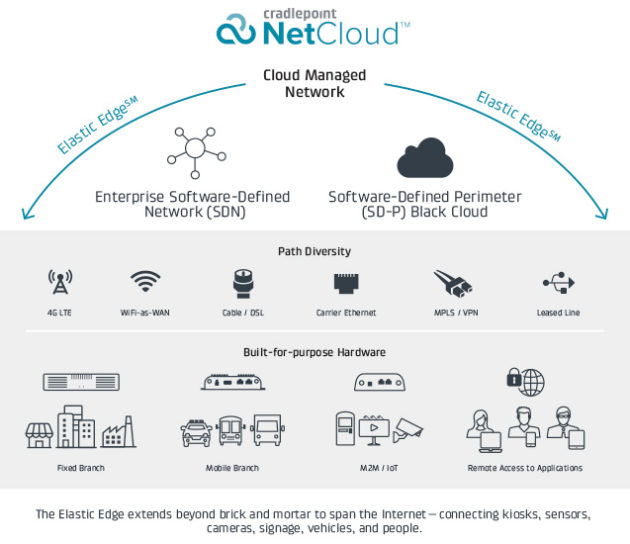 Idaho-based Cradlepoint raised a $82 million Series C round in March from TCV, a top Silicon Valley firm that has backed companies like Expedia, Facebook, Fandango, GoDaddy, Netflix, Spotify, and Zillow. The 6-year-old company helps customers bolster their cloud-based networks over wired and wireless broadband. Cradlepoint, which counts more than 15,000 customers, calls itself “the leading provider of 4G LTE network solutions for enterprises, governments, and mobile operators.”

Seattle-based Rover raised a $65 million round in July led by Spark Capital, an investor in companies like Slack, Twitter, Oculus, Warby Parker, and Trello. Founded in 2011, the company runs a pet services marketplace that helps match more than 140,000 vetted sitters across 10,000 cities in North America with pet-owners looking for someone to take care of their dogs and other animals. Rover is still on track to reach initial profitability by the end of this year, and CEO Aaron Easterly said that an IPO is still the “most likely eventual outcome.”

Seattle-based Convoy in July announced a $62 million funding round led by Y Combinator’s Continuity Fund, the investment arm of Silicon Valley-based accelerator Y Combinator. Cascade Investment, the private investment vehicle of Microsoft co-founder Gates, also invested. The cash will help Convoy, founded in 2015, expand across the U.S. and build the infrastructure required for its on-demand, technology-fueled network that matches trucking companies with shippers that need to move freight. Its smartphone-based, Uber-like system lets truckers find jobs in minutes without the traditional legwork and monetary cut required when using a broker.

Avalyn Pharma raised a $62 million round in May led by F-Prime Capital Partners and Edmond de Rothschild Investment Partners. The biopharmaceutical company, which changed its name in July from Genoa Pharmaceuticals, is working on treatments for respiratory diseases. The Seattle-based company said the round will fund its lead treatment called Aerodone through Stage II clinical trials. Biotechnology veteran Bruce Montgomery took over as CEO after the funding announcement.

Just Therapeutics raises $59 million Series B round led by Temasek

Seattle-based Just Biotherapeutics raised a $59 million Series B round in August led by Temasek, a Singapore-based firm that oversees a $275 billion portfolio. The company, founded by a group of former Amgen scientists, focuses on technological innovations to reduce the cost of producing protein therapeutics and make them more accessible worldwide. That includes everything from developing therapeutic molecules to designing the manufacturing plants used to produce them. The company created a joint venture in 2016 with China-based Just China.

Bellevue, Wash.-based Smartsheet raised a $52 million round in May led by existing investor Insight Venture Partners. It was the largest round to date for the project and work management tech company, which is now valued at more than $850 million. Smartsheet, founded in 2006, has a $100 million business and is expanding around the world as it delves further into automating recurring business tasks.

Seattle-based Skytap raised a $45 million round led by Goldman Sachs in August. The company helps companies that never thought they’d be able to take advantage of cloud services move their applications out of their data centers without a massive overhaul. Skytap has raised $109.5 million for its public cloud services, and planned to nearly double its staff in both engineering and sales as a result of the fresh funding.

Seattle-based Spaceflight Industries is looking to raise as much as $150 million, according to an SEC filing from November, which noted $40.6 million raised thus far. Spaceflight Industries has two main lines of business: Spaceflight focuses on launch services and mission management for rideshare payloads, while Black Sky is building a constellation of Earth-observing satellites and a software platform that would let customers acquire low-cost imagery from orbit in as little as 90 minutes. The company’s backers include Microsoft co-founder Paul Allen’s Vulcan Capital, Peter Thiel’s Mithril Capital Management, RRE Venture Capital and Razor’s Edge Ventures.

(Editor’s note: Nativis was removed from this list; the company did not raise a $35 million round in November)