Bringing artificial intelligence technology into the hands of consumers and businesses is no easy task; doing so takes a ton of computing and processing power. This is why it’s difficult to equip personal devices like smartphones, wearables, cameras, and others with the same capabilities.

But now a new Seattle startup thinks it has found a solution to make AI ubiquitous.

Xnor.ai today announced a $2.6 million seed investment round from Madrona Venture Group and Paul Allen’s Allen Institute for Artificial Intelligence (AI2), where the 6-person company originally developed its technology and is now spinning out of the non-profit into its own entity.

Xnor.ai is the second spin-off to come out of AI2, which Allen helped launch in 2013. Kitt.ai did the same in 2015 and also raised funding from Madrona.

Led by top machine vision and AI researchers, Xnor.ai has developed a way to run deep learning models — those that power technologies like image and voice recognition — directly on resource-constrained devices like phones, IoT products, and even a $5 Raspberry PI, all without utilizing a data center or network connectivity and while maintaining high levels of privacy and battery-efficient performance.

“There is a big gap between the demands of AI algorithms — in terms of memory, computation, power — and what we can do on devices around us,” explained co-founder Ali Farhadi. “For example, to tag an image with labels on your phone, you need to send the photo into GPU servers, they will process the image, and get back to you with the tag. Xnor.ai’s technology empowers devices around us with the power of AI and enables running complex AI algorithms right on the device.”

Xnor.ai is led by Farhadi and Mohammad Rastegari, another co-founder. Farhadi, the CEO, is also an assistant professor at the University of Washington Department of Computer Science and Engineering. Rastegari earned his PhD from Dartmouth for computer vision research. They are both part of AI2’s “Project Plato,” which is “focused on extracting visual knowledge from images, diagrams, and videos to enrich knowledge bases that are conventionally derived from textual resources.”

The fresh cash will be used to develop Xnor.ai’s platform and put its technology into drones, cars, smart cameras, and more. There seem to be numerous potential uses cases for the company’s innovation.

“Our goal is to make all devices around us smarter,” Farhadi said. “Anywhere that requires running AI on the edge is where our technology becomes a key player. It enables new AI-powered apps on phones, handheld devices, wearable devices, AR, VR, drones, automotive, etc.” 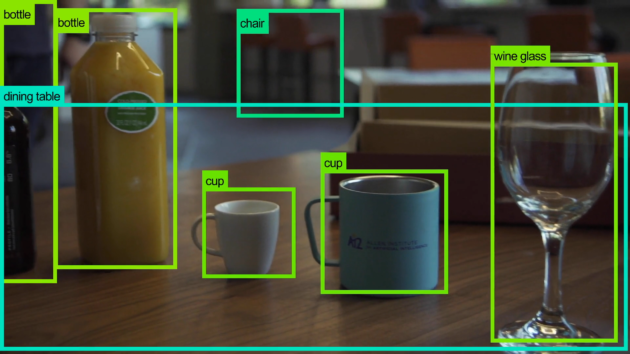 In a statement, Madrona Managing Director Matt McIlwain noted that technology like Amazon Echo’s voice recognition and Facebook’s image recognition are powered by “a solid connection to the cloud and intensive GPU data farms enabling up.”

“Imagine what is possible if that style of computing could be done on the device in your hand, on your wrist, or in your car,” he noted. “We believe the future of AI will rest on creating systems that combine the value of core and edge device learning. We are excited to work with Ali and Mohammad on building Xnor.ai.”

Oren Etzioni, head of AI2, said Xnor.ai has found a “remarkable technological breakthrough.” He told GeekWire that the “sky is the limit” for how Xnor.ai’s technology can be used to empower commodity devices with AI and have “significant impact in industry and in our everyday life.”

“Its technology is the basis for a revolution in the use of deep learning and machine vision on devices like phones, HoloLens, cameras, and other devices,” Etzioni added. “It supports increased battery life, strong privacy (data stays on the device), and disconnected use (the device doesn’t have to connect to the internet).”

Asked about more spin-offs from AI2, Etzioni said “there will be more in the coming years.”

Seattle is becoming an epicenter for machine learning and artificial intelligence, with many local startups like Xnor.ai launching in the past few years, along with tech giants like Microsoft and Amazon developing their own related technologies.