Female Founders Alliance is back with its second accelerator cohort as the Seattle-based organization looks to help another round of female-led startups grow their businesses and land funding. 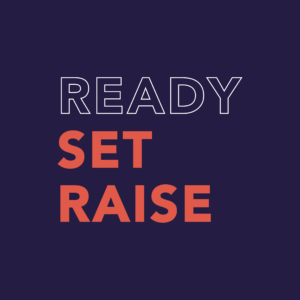 Eight companies from across the country working in various industries made the cut this year, beating out nearly 400 other applicants for the “Ready Set Raise” program. To participate in the program, each company needs a female or non-binary CEO.

“We created a program that is equally or more selective and value-adding than the top accelerators nationally, but consciously designed for women and non-binary founders,” Leslie Feinzaig, founder and CEO of FFA, said in a statement. “I feel privileged to introduce the outstanding group of companies that were selected for this second edition of Ready Set Raise.”

FFA also announced a partnership with Microsoft for Startups, which will provide up to $120,000 in Azure credits to Ready Set Raise participants, along with other mentoring and access to Microsoft partners.

FFA initially started as a private Facebook group of women who wanted to help support female founders and entrepreneurs. It now has 500 members since launching in 2017 and graduated its first Ready Set Raise class this past September.

The organization is a social purpose corporation, a type of profit corporation the state of Washington created in 2012, and is funded primarily through corporate partners.

FFA doesn’t take equity from companies participating in the program. However, it asks startups to grant pro rata rights: the opportunity to invest up to $200,000 in a future round, at a 20 percent discount from the lead investor’s terms in the round.

“We want you to succeed and we’re betting our whole program on just 8-12 of you each year! It is important to us that participants also put some skin in the game,” FFA says in its FAQ. “We want to know that you value our in-kind investment and that you want us to be successful, too.”

This past January, FFA partnered with WeWork Labs and raised an undisclosed investment from a group of backers that includes Seattle-area angel investors such as Sarah Imbach and Dennis Joyce.

Last week it partnered with Seattle startup studio Pioneer Square Labs for the FFA Founder Challenge, a new initiative welcomes any entrepreneur to test a hypothesis within 30 days.

Here are the participating Ready Set Raise companies, with descriptions from each startup: