Shirlie Kemp is joining Martin and Roman on the sofa tonight on Celebrity Gogglebox.

The former Wham! backing singer is used to a life on the stage and in the spotlight.

But tonight (June 17) she will be taking her turn to serve as an armchair critic and reacting to the latest telly with her boys.

Martin and Roman Kemp are some of our favourite stars to appear on the Channel 4 series.

The father and son duo always has us in fits of laughter with their take on the latest shows.

However, tonight on Celebrity Gogglebox, another member from the Kemp family will be added to the mix.

The pair will be joined by Martin’s wife and Roman’s mum, Shirlie Kemp.

Read more: Martin Kemp on ‘best thing he ever did’ after brain tumour battle thanks to wife Shirlie

Shirlie Kemp is British pop star who joined the hit pop band Wham! before they split in 1987.

She then went on to marry singer Martin Kemp and had two children, Harley and Roman.

And now the star will be joining the boys for a laugh and some good TV on the popular telly-watching show.

Alongside a photo of the family, they captioned the post: “It’s a Kemp takeover! 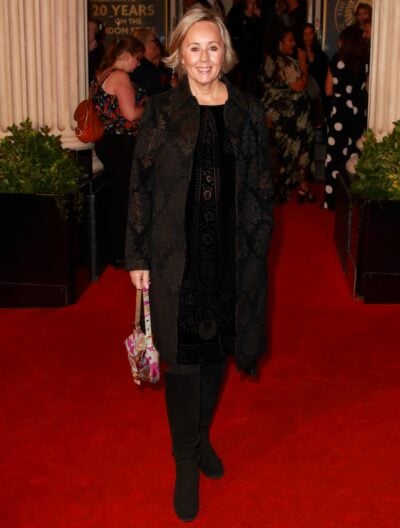 Fans can’t wait to see Shirlie Kemp on the show

Fans are buzzing to see what Shirlie Kemp will bring to the Channel 4 series.

Another said: “I can’t wait. Three Kemps on one couch, what more could I want. Welcome to the fam @ShirlieKemp.”

Many even claimed that Shirlie Kemp should’ve always been on the show.

Someone wrote: “She should have always been on.”

Another fan said: “Wondered if Shirlie would ever join Martin and Roman on the sofa.”

Celebrity Gogglebox is on Channel 4 tonight (June 17) at 9pm.

Leave us a comment on our Facebook page @EntertainmentDailyFix and let us know what you think of our story.