Hope Cochran knows about managing cash flow. As the former chief financial officer at Candy Crush maker King Digital and telecom company Clearwire, she’s familiar with inefficiencies facing those responsible for managing dollars coming in and out of an organization.

That’s why she’s excited about Tesorio, a Burlingame, Calif.-based fintech startup that just raised a $10 million round led by Seattle-based Madrona Venture Group.

Founded in 2015, Tesorio’s software automates and predicts cash flow with the help of machine learning and AI. It does this by analyzing data across an organization and giving companies a dashboard that answers questions about the status of accounts receivable and accounts payable, among other cash-related information.

Cochran, now a managing director at Madrona, said most people are surprised that something like Tesorio wasn’t already available on the market.

“Getting a cash flow forecast is incredibly difficult. It’s something I worked on constantly and always felt it was broken and wrong,” Cochran said. “So when we dug into Tesorio’s product to see what it could do, I was immediately excited.”

Tesorio CEO Carlos Vega said the software is an improvement over manual processes that can include spreadsheets and disparate datasets. The idea is to help better understand and predict how revenue is tied up on a balance sheet.

“CFOs hold some of the most crucial data for the company — staying dead or alive is really a function of how much money is left in the tank,” Vega said. “Those teams are geared toward analyzing a lot of data to figure out the health of the company and understand where things are going.” 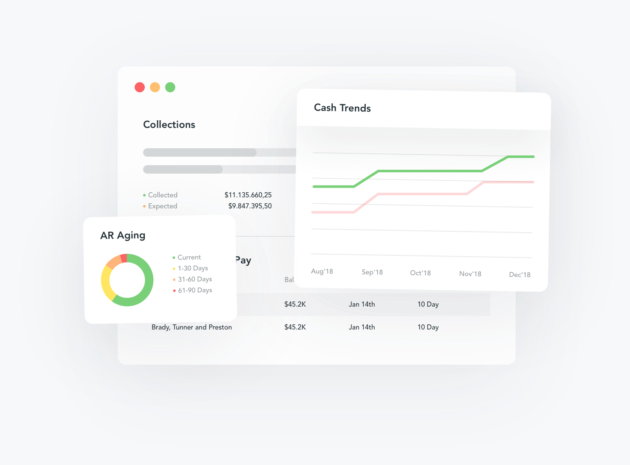 During her days as a CFO, Cochran said there was no system that could forecast cash flow automatically or in an intelligent way.

“That was always something I was trying to figure out how to do better because if I got my cash flow forecast wrong, it had dire consequences,” she noted. Cochran will join Tesorio’s board as a result of the funding.

There are more than 35 companies — including Veeva Systems, Box, WP Engine, Unified Media, Couchbase, and Instructure — using Tesorio. About one-third of them are publicly-traded companies.

Tesorio’s revenue was up 4X last year. Its platform has processed $56 billion in payments and 10 million invoices.

Vega previously worked as a financial analyst for companies such as General Motors and MBA Lazard. He helped launch a factoring company out of Panama in 2008 before meeting his co-founder, Tesorio CTO Fabio Fleitas, at Wharton.

Vega said there are competitors doing “parts of what we do … but we haven’t come across other companies that are taking overall cash flow performance into account.”

“It’s almost like a one-stop shop for cash,” he said.

The investment fits with Madrona’s interest in fintech companies. Tesorio is based in Silicon Valley, but Madrona is making an effort to expand Seattle as a fintech hub.

Madrona traditionally invests in Pacific Northwest startups but does occasional deals outside of the region. Its investment in Tesorio comes from its traditional fund, said Cochran, who is speaking on a venture capital panel at the GeekWire Summit in October. Madrona raised $100 million earlier this year for a separate investment vehicle for later stage companies.

Other investors in Tesorio’s Series A round include First Round Capital; Fathom Capital; Floodgate; Fuel Capital; Hillsven; Mango Capital; Xplorer; and Y Combinator. Angel investors backing the company include Jeff Epstein, former CFO of Oracle; Ron Gill, former CFO of NetSuite; and Greg Henry, CFO of Couchbase and former SVP of Finance at ServiceNow. Total funding to date for the 25-person company is $17 million.

Editor’s note: Cochran will speak on stage at the 2019 GeekWire Summit in Seattle. More information about the Summit, taking place Oct. 7-9, here.