‘We just ran out of time’ – GeekWire

In a surprise move, Seattle music startup Lively has closed it doors, laying off most of its 22 employees.

“We just ran out of time,” said CEO Dean Graziano in an interview with GeekWire.

The company, which had raised more than $2 million in venture funding from Second Avenue Partners and others, could not find additional backers. It also struggled to ink deals with music labels, which controlled the music content that Lively was attempting to sell. 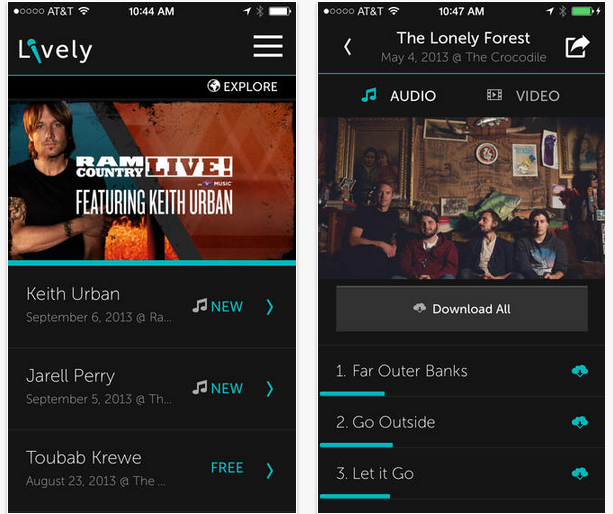 Lively was developing a service for making audio and video content available to music fans shortly after concerts concluded.

“The music business, and it is no secret, no one is making any money,” he said. “It is tough to make money when you don’t own the content.”

The company was working on deals with Sony and Universal, but those were slow to develop.

Staffers were notified last week, and a skeleton crew of execs remain at the company.

Lively still could continue if an investor stepped up, but Graziano said it has been a slog finding additional backers. It is also looking for potential buyers. For now, he said the company simply has “run out of runway.”

“The music space is definitely not for the faint of heart,” he said.

The company operated from a 11,000 square foot office space in Seattle’s SoDo neighborhood, hosting concerts at what it dubbed The Lively Lounge. The company was recently featured as GeekWire’s App of the Week with Blair Hanley Frank calling it one of the best ways to pick up live performances. It also recently made some key hires — including director of venue relations Scott Kawa — making the news of the closure even more surprising.

“It is a really great idea, we just kind of ran out of time,” Graziano said.