Nokia ‘Here‘ location platform — which is not part of Microsoft’s Nokia devices acquisition — will use Medio’s predictive technology to bolster its real-time maps and location services with personalized recommendations, dynamic routes and other features.

“We are entering the age of what I call cognitive mapping, in which maps will understand their environment and anticipate people’s intent in order to deliver interactive and smart location experiences,” Michael Halbherr, CEO of ‘Here,’ said in a statement. “We plan to extend Medio’s talent and technology that analyzes millions of connected devices and billions of interactions on the go to strengthen our ability to deliver highly personalized maps and location services for whatever people face throughout their day.” 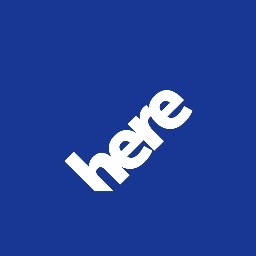 Originally started as a mobile search company, heavily-funded Medio has morphed and changed over the years. The 10-year-old company has shifted focus in recent years to mobile analytics, helping developers better understand how their users interact with apps and predict what features may be best for future implementation.

Nokia’s ‘Here’ map technology is found in a majority of in-car navigation systems across North America and Europe, in addition to other mobile and web applications. Customers that use ‘Here’ include BMW, Garmin, Toyota, Yahoo and others.

Nokia is expected to close the acquisition by the end of next month. Terms of the deal were not disclosed.

Medio was funded by Accel Partners, Trilogy Equity Partners, Frazier Technology Ventures and Mohr Davidow Ventures. Back in March 2013, the company went through a round of layoffs in engineering, network operations and testing for what CEO Robert Lilleness then described as a “realignment.”

We’ve reached out to the company to find out what’s happening to its 60 employees, in addition to the company’s headquarters in Seattle.

Update, 12:30 p.m.: Lilleness tells GeekWire that all of the company’s employees will be offered positions with Here North America, and the company expects to retain 100 percent of its workforce.

“In fact, we intend to grow our staff,” he says via email. “Nokia’s plan is to invest in Seattle and we will be adding significantly to our team. Seattle will become a “Center of Excellence” in Analytics for HERE globally. We are currently looking for additional office space to accommodate our current and future growth.”

Medio had raised $45 million total in two rounds of financing, and hasn’t needed to raise capital since 2006. The company reached profitability in 2010, Lilleness says, and while the financial terms are confidential, he says the deal was “very positive for all stakeholders—including employees.”

Goldman Sachs advised the company on the transaction.