Most young children don’t say “CEO,” when asked what they want to be when they grow up. Leslie Feinzaig wants to change that.

To get kids excited about entrepreneurship, she launched Venture Kits, a Seattle startup that makes educational toys for kids. Feinzaig began selling the first product, a bakery kit, in limited release this month.

“I founded Venture Kits on a mission to democratize entrepreneurship,” she said. “I believe all kids should experience entrepreneurship so that all kids have a more equal chance to become tomorrow’s leaders. The mission is not just about creating an army of future founders. It is about teaching our children vital skills and promoting diversity in business leadership.”

The idea for Venture Kits came to Feinzaig when she became a parent. As a Harvard MBA who’s held leadership roles at Julep, Big Fish, and Microsoft, she wanted to inspire ambition in her daughter.

“As an entrepreneur and a parent, I realized that the skills I use on the job are the same ones that I want my daughter to develop, like grit, initiative, problem solving, critical thinking, and creativity,” she said. “I want my daughter to be comfortable with failure, and I want her to face her fears. Nothing teaches you these lessons like entrepreneurship does.”

Feinzaig also wants the toys to promote a spirit of leadership among groups underrepresented in the business world.

“I want more kids of all backgrounds to visualize themselves as a CEO and to know that they are capable of becoming one,” she said.

We caught up with Feinzaig for this installment of Startup Spotlight, a regular GeekWire Feature. Continue reading for her answers to our questionnaire.

Explain what you do so our parents can understand: “Venture Kits turn kids into CEOs and entrepreneurs through hands-on play.”

Inspiration hit us when: “In January, I had a baby girl. My husband, a software engineer, immediately stocked up on GoldieBlox and Robot Turtles. I’m the MBA in the family. One day I looked at my baby and imagined her opening a letter that said ‘Congratulations! You are now the CEO.’ Venture Kits was born, fully formed, right then and there. I decided that I would write that exact letter to my daughter – and to all kids – and I’d put it in inside an entrepreneurial activity kit.” 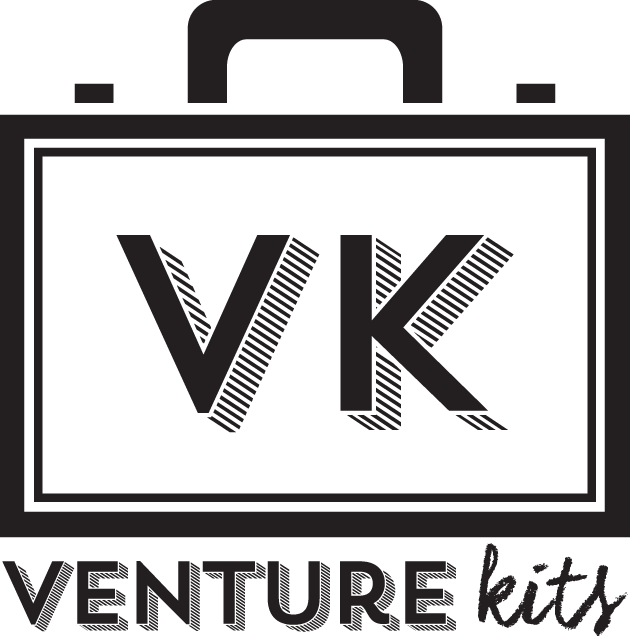 VC, Angel or Bootstrap: “I put some of my savings into Venture Kits, and there’s revenue coming in from our first prototype. So for now, we have a little runway.”

Our ‘secret sauce’ is: “This might not be the sexiest answer but … we really, really care about our mission.”

The smartest move we’ve made so far: “Getting kids involved in product development. It started with kids from my neighborhood coming over to play with early prototypes. Eventually, that turned into our Board of Kid Advisors, which already has around 100 kids from across the country. (You can find the application to join this Board on our website).”

The biggest mistake we’ve made so far: “I don’t think I’ve made one huge mistake … I’ve made lots and lots of little ones.”

I want more kids of all backgrounds to visualize themselves as a CEO and to know that they are capable of becoming one.

Would you rather have Gates, Zuckerberg or Bezos in your corner: “Sheryl Sandberg. Hey Sheryl – if you’re reading this, you’re my role model! I want to send you a couple of kits for your kids to try. Email me.”

The biggest thing we look for when hiring is: “Kindness.”

What’s the one piece of advice you’d give to other entrepreneurs just starting out: “I’d relay a piece of advice I got from Liz Pearce last year. I was working on a different idea back then and she told me to make sure that ‘the river runs deep.’ I stopped working on that venture soon after. Starting a company is a huge trough of hard, unglamorous work. Make sure your river runs deep so you can make it through times of drought.”