As a middle and high school student, David Hunter wasn’t fond of the “stand and deliver” method of teaching. After dropping out, coming back to college to earn a Masters in Teaching, and later becoming an instructor himself, Hunter began understanding what key ingredient was missing from a student’s education.

Well, kind of. Hunter is the co-founder of Zombie-Based Learning (ZBL), a young Seattle startup that uses innovative methods to teach middle school students about geography.

ZBL pairs a zombie-based, survival-themed comic book with a Project-Based instruction curriculum to help keep kids engaged and interested in learning about geography. The goal is teach creatively while adhering to state standards, and to engage students that typically have a hard time at school — just like Hunter did when he was younger.

“Our goal is to improve curriculum in K-12 schools so that students are better at critical thinking, problem solving, and applying it to the real world,” Hunter said. “With the current system in place, 50 percent of incoming college freshman need remedial studies because they’re incapable of doing college-level work when they arrive. There’s something not working when we see numbers like that.”

ZBL raised 240 percent of its funding goal in a Kickstarter campaign two years ago and hasn’t stopped working since. More than 1,200 teachers around the country have now purchased curriculum products from ZBL.

There are plans to develop a digital curriculum so that districts can distribute and manage ZBL licenses, while teachers can download what they need and modify as needed. Students can also download the comic books onto tablets, so kids can continue learning outside of the classroom.

We caught up with CMO Kishari Sing for this installment of Startup Spotlight, a regular GeekWire feature.

Explain what you do so our parents can understand it: “Zombie-Based Learning is an original geography curriculum and graphic novel for grades 6-to-8 to teach real-life geography skills using a zombie survival theme. Using Project-Based Learning (PBL), it’s designed to engage the least-engaged students (both low- and high-achieving) to teach critical thinking, both inside and outside the classroom.”

Inspiration hit us when: “David was listening to other teachers complain about keeping their students’ attention in class, because instead ‘all they wanted to do was talk about zombies.’ Other teachers chimed in to help with ideas such as: ‘How about tying in zombies with their art projects?’ Instead, David’s idea was, ‘Why not integrate zombies, something they’re already interested in, into the full curriculum from beginning to end to keep their attention?’

At this time, the Bellevue Big Picture School was transitioning to 100 percent Project-Based Learning. David had already designed 25-plus original curricula and discovered that there was no existing geography curriculum that met the rigor of Big Picture. As a fan of zombies himself (especially the George Romero slow-zombie canon, “Night of the Living Dead”), David combined this work need with his creative idea, and ZBL was created.” 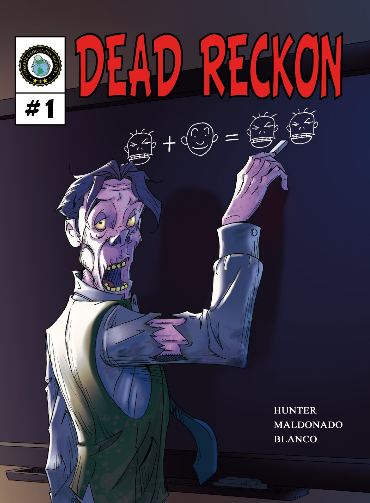 VC, Angel or Bootstrap: “Following the Kickstarter, we’ve been bootstrapping (and supporting ourselves with consulting work) while we did the market research legwork and compared different business strategies to determine how best to scale this model to a wider audience.

We’ve elected to expand the successful ZBL model to tackle one of the biggest pain points in the curriculum industry — English Language Learners (ELLs) who currently comprise 10 percent of the K-12 population and are growing rapidly. Teachers are frequently not trained to deal with the wide range of languages (up to 85 languages are currently spoken in the Bellevue School district, for example), yet ELLs are tested for the same academic skills as their native-speaker peers.

To meet this need effectively nationwide, we will require outside investment — we’re currently seeking seed funding through angels and VCs who have a committed interest in education and social impact, such as Kapor Capital and NewSchools Venture Fund. Because we’re also very supportive of the Seattle startup industry, we would like to be involved with Seattle investors interested in education technology and are reaching out to them as well.

Our ‘secret sauce’ is: “David’s unique combination of teaching experience, design skills, and innate creativity in storytelling and tapping into what students enjoy. And, that his curriculum design model has been validated and supported by the industry’s leading education organizations. Going forward, we will be training other teachers and curriculum designers this model to help scale our business, in a similar way that traditional craftsmen or artisans train apprentices and interns in specific styles and techniques.

The smartest move we’ve made so far (Hunter’s answer): Just getting started was probably both the hardest and smartest move. When I was teaching, I saw so many problems and at some point I had to either start solving them or give in to the status quo. Solving problems is always empowering, and at some point you realize just how many other people need those same solutions, and then it’s almost your duty to put it out into the world.

Second to that initial idea that started it all, was picking the right co-founder. Co-founding with someone who has a complementary skill set, believes in the vision, and is equally dedicated to the vision was key to making this work. Also, a sense of humor helps, because running a startup is complicated and intense from the beginning, and it’s even more so when you don’t have the right team.

The biggest mistake we’ve made so far (Hunter’s answer): I went against my gut on a decision on a partnership deal. I had originally said no, and when the deal came around a second time, I started second-guessing myself. I sought out advice from others who had more traditional experience and I weighted their advice more than I did on my gut. Nobody else was as close to the deal and the situation as I was, so there is no way they could have picked up the subtle cues I felt.

I’m now following some good advice that I recently picked up: Keep the decision you are making next to your bed and when you wake up, read it and decide. You’ll most likely be acting on your gut and most acute instincts. I hope I’ve learned from this mistake because the biggest mistakes are the ones you don’t learn from.

Would you rather have Gates, Jobs, Zuckerberg or Bezos in your corner: Honestly, I’m going off list and choosing a woman. I’m going to choose Lynda Weinman, co-founder and executive chair of Lynda.com. Even though she hasn’t led her company through an IPO like these other guys, I’d love to have her advising us. She has built one of the largest and highest-quality education platforms in existence, and developed a totally new way to make it easy for people to learn complex subjects.

Our world domination strategy starts when: Our plan for world domination starts now! First step is to secure outside funding to be able to begin development of all-new curricula this summer. We are lining up pilots, and plan to be ready for the key sales period in January 2015. It’s a tall order, but we’re going to do it! We will have achieved world domination when we helped K-12 schools to routinely connect students’ out-of-school learning and interests (voice and choice) into academic school learning.

Rivals should fear us because: Our team is both talented and experienced in the ed-tech category: curriculum design, classroom experience, strategy, marketing, educational design, and partnership experience selling to school districts.

We are truly unique because: We already have traction to prove an innovative model (standards, PBL and a theme). We are using valid, researched-based methodologies, meeting Common Core standards, adding a fresh creative angle, and are uniquely designed by a hands-on, talented teacher with a vision.

The biggest hurdle we’ve overcome is: Getting people (educators as well as non-educators) to believe that something as creative, fun and engaging as using zombies, comics and Project-Based Learning can be more than just silly and fun. It takes time and evidence for them to accept that our admittedly idealistic vision of curriculum — one that is academically rigorous, meets the new Common Core standards, get students to apply lessons to real life which they enjoy and retain, and is totally doable for teachers today — is even possible, let alone replicable on a large scale across all subjects.

What’s the one piece of advice you’d give to other entrepreneurs just starting out: Commit to solve to a problem you deeply care about. A PROBLEM. Every problem is an opportunity and there are plenty of problems in the world — you don’t need to manufacture problems. Respect that problem and don’t underestimate it. Leave your ego out of it because the problem you’re solving will still exist, despite your own personal beliefs of your contribution.

Go deep in the research, skills and solution and be thorough. The biggest problems exist mostly because they are complex and not easy to solve. Analyze the problem systemically and consider the implications of your possible solutions. Then stop dreaming about it and figure out a way to do it.

Secondly, always seek out advice and feedback but don’t weigh what others think too much. Trust your instincts.